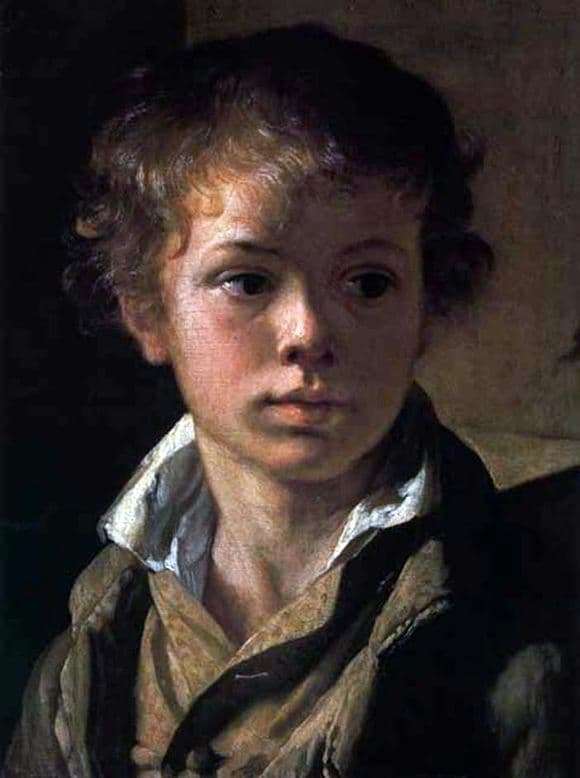 A special sphere in the art of Vasily Tropinin is occupied by portraits of children. For the entire life devoted to creativity, he created more than twenty canvases on this subject. Childish images were especially lovely for the artist, because his main love and hope is a growing native son.

Children Tropinin writes with musical instruments playing, reading, hugging animals, in all their openness and immediacy. Having become a famous portrait painter, Tropinin remained in the service of Mr. Morkov. In the Ukrainian estate, he worked as a home artist and servant. Servitude was experienced by him, giving rise to hope for creative freedom.

The custom image of the son of 1818 in a pure and mentally relaxed image became a gust of liberty. The artist painted the face of Arseny’s son with particular enthusiasm. He allegedly opens his spiritual world to those who look. With sincere frankness, he shows conviction in the bright vocation of man. The world of childhood dreams, a lively and trusting Universe, opens up to the contemplator. The boy’s head is lit with trembling golden rays. Recently, he frolicked and amused – this is indicated by the slightly disheveled shirt collar and tattered curls. But now, forced to pose for his father, Arseny is thoughtful and serious.

One can only guess where these deep restless eyes look. The picture is extremely harmonious, shrouded in master love. The face of the child is graceful, gentle and noble. The poetic image of a boy in warm brownish shades easily cut into the memory. It seems that when creating a picture, Tropinin dreamed not of his release, but of the will of his son. Father’s aspirations never came to pass.