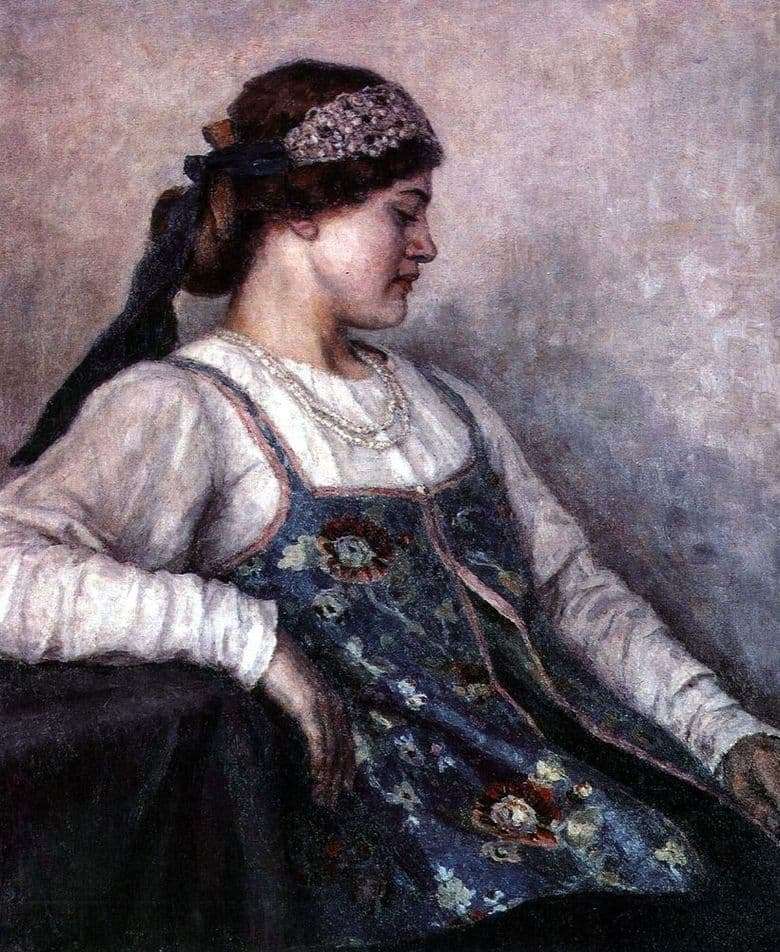 Vasily Ivanovich Surikov was a hereditary Cossack and an outstanding master of historical painting. His paintings amaze not even with the dramatic plot of Russian history, but with the power of the characters of the people depicted.

The artist subtly worked through the image of each character, think through gestures and costumes. In all his works one could feel the bright coloring of the Russian people. In addition to reflecting historical moments, Surikov well managed to convey in his paintings the image of Russian women: beautiful, strong, proud, courageous and selfless. One of these paintings was the portrait of Natalia Fedorovna Matveeva, written in 1909.

Natalia Fedorovna Matveeva was an actress of Russian ballet. The girl is beautifully dressed. She is wearing a simple white shirt and a sundress with blue velvet roses. The fabric shimmers beautifully. Hair ballerina collected in a bun and tied with a silk ribbon. The neck of the model is decorated with two strands of a pearl necklace, and the head with a bandage with precious stones. The girl is sitting in a comfortable position. One hand rests on her lap, and the other rests on the table next to it.

In the process of writing a portrait Surikov used a light color scheme. As a result, he managed to create a soulful and feminine image. The girl is sitting in profile. In her face and pose, dignity and modesty are felt. Her eyes are covered, and her mouth is touched by a slight smile. The portrait of Natalia Fedorova Matveeva can not be called impersonal. This girl had a strongly pronounced individuality that the great national master could reflect in his picture.