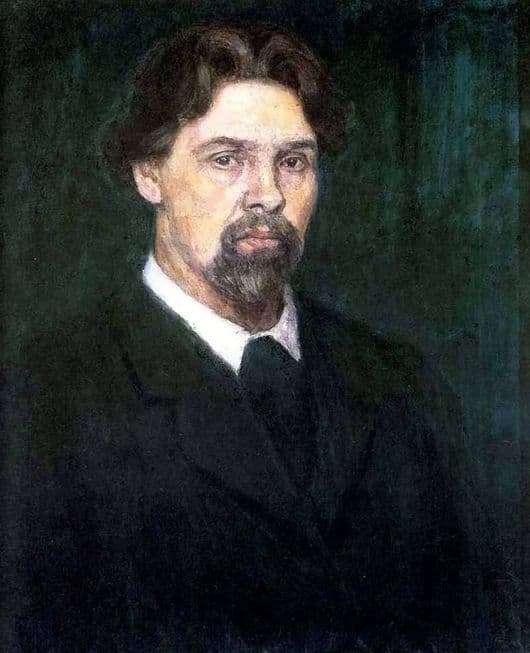 Creativity Surikov loved us, above all, historical canvases. “Morning of the Strelets Execution”, “The Capture of Siberia by Yermak”, “The Boyars Morozov” – these and other pictures of Surikov are known to everyone. However, his portrait work is no less interesting, especially the canvas, which depicts the artist himself. For all the time he created about fifteen self-portraits, giving the opportunity to see Surikov in different years of life.

“Self-portrait” (1913), which is now a valuable exhibit of the Tretyakov Gallery, is considered to be the pinnacle of creativity late Surikov. Being painted three years before death, the canvas reflected a moment of crisis for the artist, when the ups of talent were far behind.

The picture is different compositional laconic, typical of all the portraits of this period. The special effect of the merging of the depicted figure with the background proves that at the beginning of the century Surikov took into account the artistic principles of the contemporary trends to him. Dark, muffled tones are designed to convey a feeling of deep hidden and seemingly not manifested drama. Such was the artist in life: laconic, closed to outsiders.

Meanwhile, we cannot say that the imprinted figure expresses despair or sadness. On the contrary, a person full of inner strength looks attentively at us, slightly strictly. And you can not say that the artist (or the Cossack?) Is sixty-five years old, and he has experienced many hardships.

It is possible that earlier works of Surikov, depicting folk heroes – Suvorov or Ermak, will appear for someone in this image. Such an interpretation would certainly please the artist himself, who, as can be seen from the self-portrait made in 1902, emphasized in every way that among his ancestors there were Cossacks, strong, remote people.