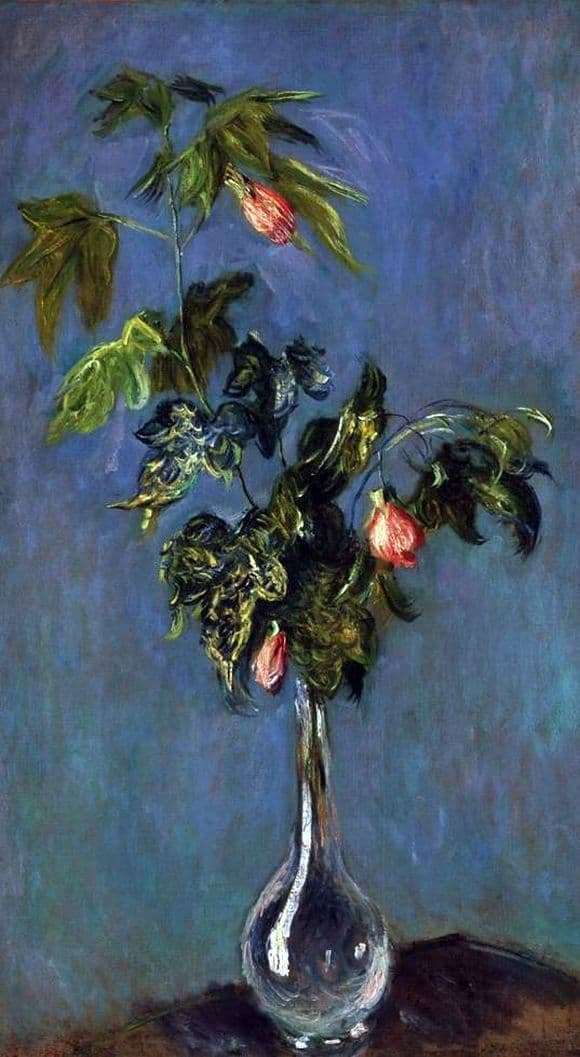 Claude Monet is not just an artist, not only a great genius, but also the founder of a whole line of painting. With his light hand, impressionism appeared and gained popularity. The master was born in Paris, then moved with his family to Le Havre. Childhood and adolescence spent in constant contact with nature. Monet studied poorly, but he drew well. His first caricature works adorned the window of a single shop selling paintings. It should be noted that these sketches enjoyed great success with the locals.

Claude Monet had a unique ability to see colors. This is due to the lens removal operation that was postponed in 1912. After this, the master’s vision was somewhat distorted. White and light shades he saw with ultraviolet glow. However, the feature did not spoil the paintings of the artist. They acquired new paint.

In 1888, while still having the usual color perception for a healthy person, Claude Monet completed his work on the still-life Flower in a Vase. The canvas is made in a characteristic of the master manner. Large strokes alternate with the drawing of small parts.

In the center of the composition are thin branches and several buds. The flower is very fragile, delicate. Under him he picked up a vase with a narrow neck, made of glass. The background is rather restrained, the dominant shade is gray-blue. However, due to the contrast, the canvas does not look dull.