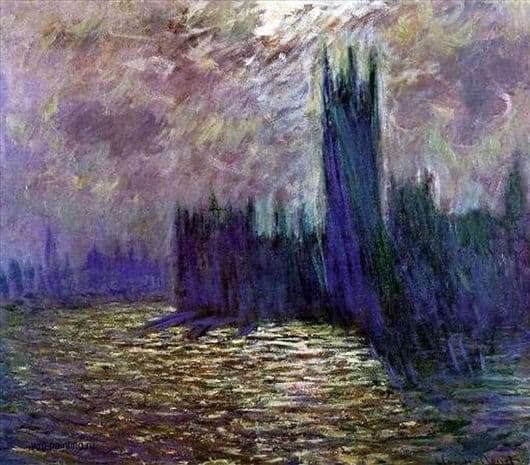 The artist Claude Monet, having heard about a certain trader of paintings (Durand-Ruelle), painted a series of not two or three, but eleven paintings, each of which showed a foggy landscape with the London Parliament building on the banks of the Thames. All the work, according to the author,

In general, the paintings on the theme of the London fog Monet created at least 37 canvases, but writing a series depicting the Parliament, was given to him with difficulty. As he said, the images eluded him, changing every now and then. Therefore, starting in 1901, he could only finish it by returning to his workshop in 1904.

What can be noted in each picture of the series? In an effort to convey all the density and materiality of the fog, the artist blurs all forms, simultaneously erasing the boundaries (this is especially obvious at the point where the surface of the water and the sky converge). Boatmen on some of the paintings

are in their ships, trying to make out through the density of fog, where they should sail. The buildings appear as a silhouette, a blurred shadow, which is devoid of materiality, and only its reflection in the water proves that it is a three-dimensional building, and not a ghostly mirage.

Thick and grainy strokes covered the entire canvas, which further enhances the effect of the nebula and allows you to transmit the whole play of light, which is completely different from others in different paintings of the series. It is also interesting that the parliament building has somewhat unnatural proportions, which is most noticeably reflected in the lengthening of the central tower, which is not typical of other paintings of the author. Perhaps this is a consequence of the processing of paintings in the studio, and perhaps deliberate reception to create the perfect composition in the form that it sees the artist.

In the paintings of the series “Parliament in London” Monet was able to create the most colorful texture, achieving a single composition and transferring all the mood and all the images of the London fog. 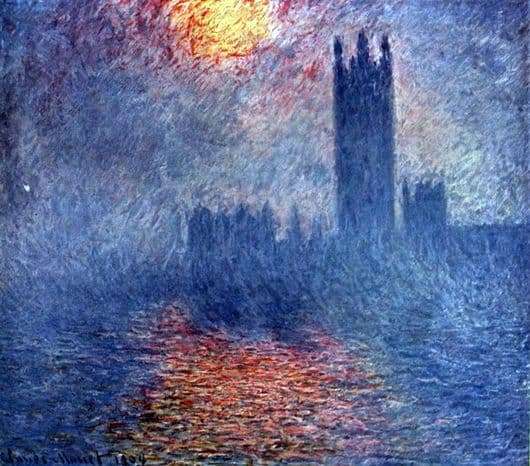 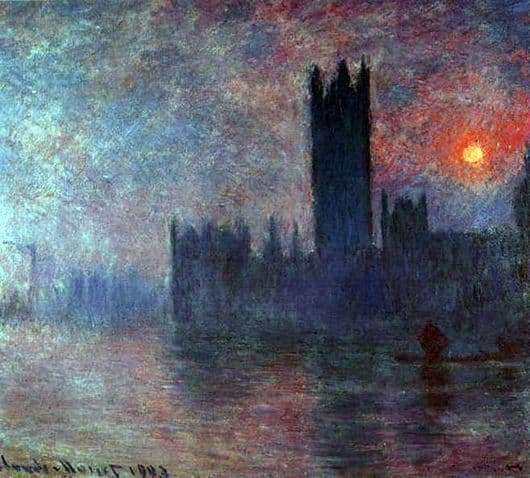 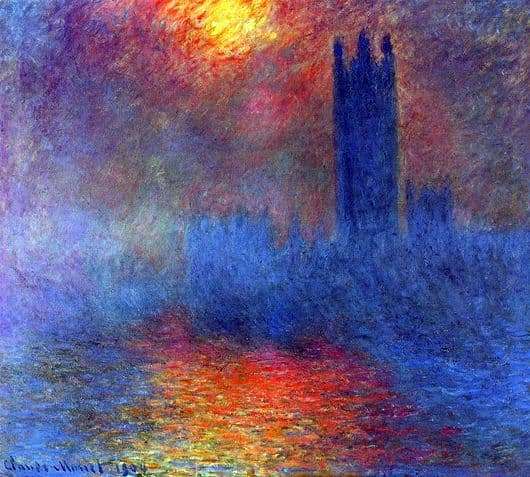