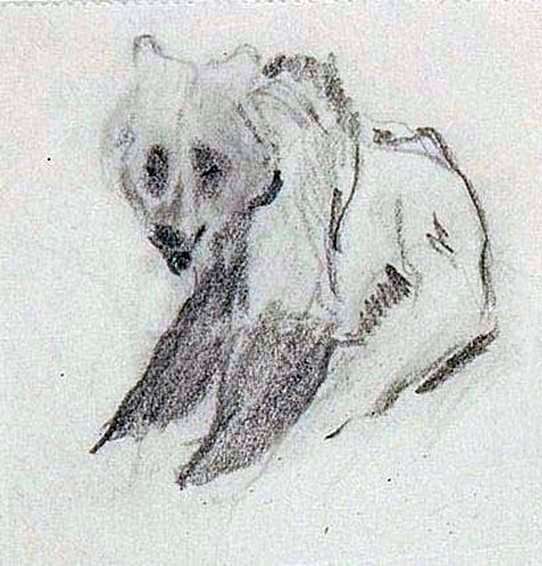 Alexey Stepanovich Stepanov – Russian and animal painter. He acted as an illustrator for the book “Pictures from Russian nature and life.” This artist does not have such mass fame, such as Levitan or Shishkin, but it is one of the best realistic authors of the beginning of the 20th century. It is considered one of the creators of the Russian realistic plein air.

The artistic legacy of the artist Stepanova includes many landscapes with the beauty of Russian nature, portraits, paintings depicting Russian villages and their way of life (for example, “In the Garden”, “On the Woods”, “Village in Winter”).

But the artist achieved the highest skill precisely in depicting animals and birds, making accurate and unique pencil sketches. Being an avid hunter, Stepanov, made sketches on the go straight from the elusive living nature. In just a few points and leading lines, the artist created realistic pictures of animals and birds, transmitting every muscle or hair with phenomenal accuracy. These drawings could well serve as a textbook for beginning artists, because constantly studying the sight and hand, the artist achieved a true resemblance to nature (for example, the drawing “Triton”, which depicts the head of a race horse, which is depicted very realistic).

Such works of the artist include the pencil sketch “The Bear”. Dense and dynamic, almost black shading with a pencil in the area of ​​the front paws and muzzle of the animal, alternating with the gray penumbra of his body, creating the outline of a sitting bear. It seems that the animal is about to rise from its hind legs and, turning, will go back to the raspberries. Stepanov managed to achieve the impossible by overcoming the statics of a pencil drawing, as if animating an image, and setting it in motion with the help of contrasting nuances of pencil strokes.

Alexey Stepanovich Stepanov is a true folk artist, because in his paintings depicted the simple and realistic beauty of Russian nature, life and the countryside.