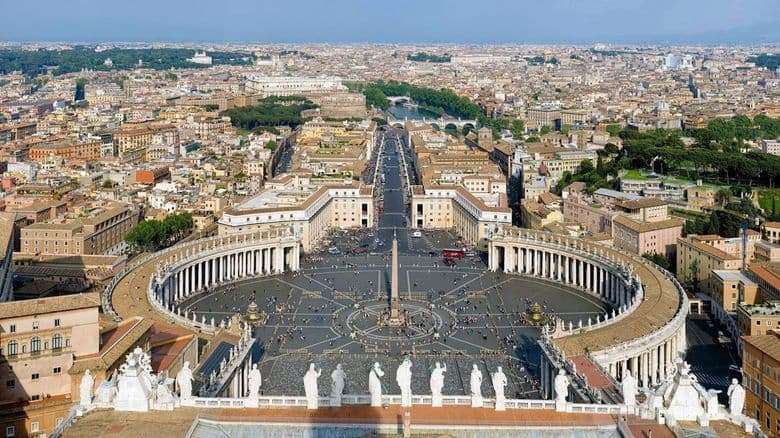 At the beginning of the XIV century, Pope Julius II held a kind of competition for the construction of a new monument of Catholicism. It was necessary to demolish the old Basilica of St. Peter, which was built by the emperor Constantine in the IV century. This ancient church was in disfavor with the new pope. In such a bold decision, the enormous ambitions of Julius II, who seeks to elevate not the institution of the papacy, but himself, are unconditionally felt. As a result, the project was entrusted to engage the architect from the small town of Fermignano named Donato Bramante.

The cornerstone of the main Catholic church was laid on April 17, 1506. The scanty number of drawings by Bramante has survived to the present day, but the monumentality of the structure can also be judged by the records of his assistants.

Bramante developed a plan based on the design of the dome of the Pantheon, which stands on a round wall without entrances and windows, with the exception of one door. The whole building is very tall and wide. The dome is built of concrete, with inclusions from a large amount of tuff, volcanic stones and pumice. The dome is also bent from the inside, which creates both a horizontal and a vertical effect, at the same time reducing the overall load on the walls. At the top there is an eye hole with a diameter of 8 meters through which light penetrates inside. Also, the Bramante plan included four large chapels, which were supposed to fill the corner spaces, and were closed by small domes surrounding the largest one.

Thus, the initial project of Bramante was much more Roman-Byzantine in form than the basilica, which was completed much later, after the death of the architect in 1514.