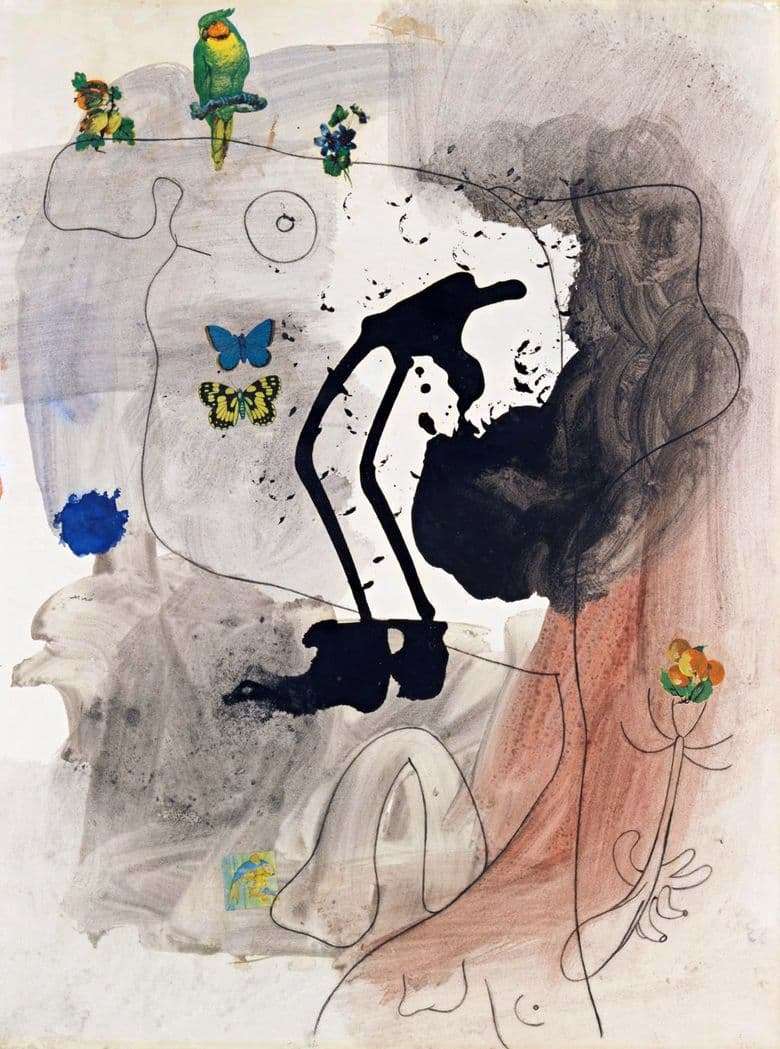 “Metamorphosis” is not one picture, but a whole series of collage sketches that Joan Miro performed in one year (from 1935 to 1936). This series served as a kind of interlude to the “Painting on Masonite”.

The author drew inspiration for writing collages from the way he treated politics and the situation that prevailed at that time in Spain and Catalonia. During this period, conservative ministers sat in the government, with which many of the inhabitants of Spain did not agree.

All works of Miro seem to be a haven for biomorphic grotesque formations. They are funny, self-sufficient, live their own lives. Despite this, they live in our subconscious, being at the same time a symbol of birth, development, and life. These metamorphoses live their endless life quite fun and noisy. Art critics compare the works of Miro with his countryman – the architect Antonio Gaudi. He had the same crazy fantasies that he tried to bring to life, to convey his vision to all other people.

“Metamorphoses” are written in such a way that despite the workload of the canvas, everything fits into the picture quite harmoniously, balancing the entire work.

A series of metamorphosis was written in different materials, collages were made from newspaper cuts. Stored in various private collections in New York, Paris and Zurich.