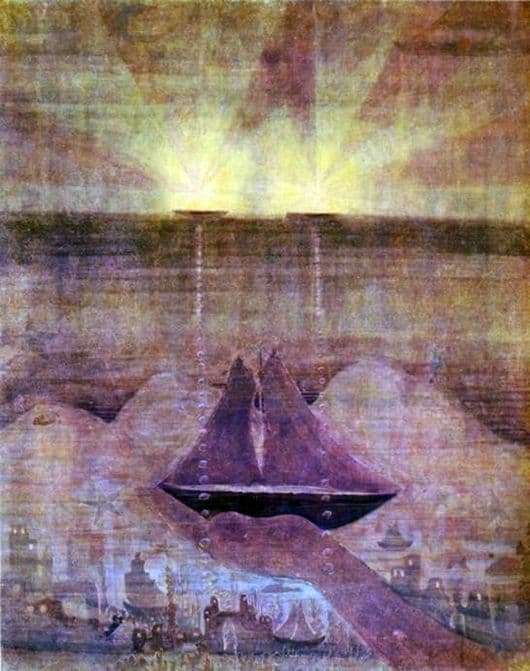 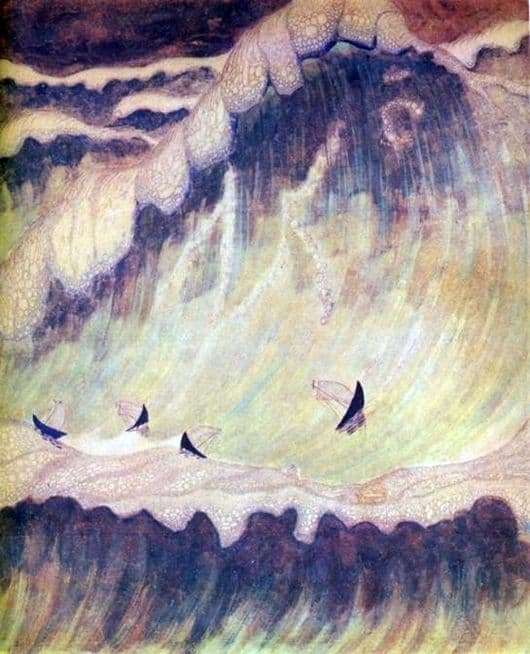 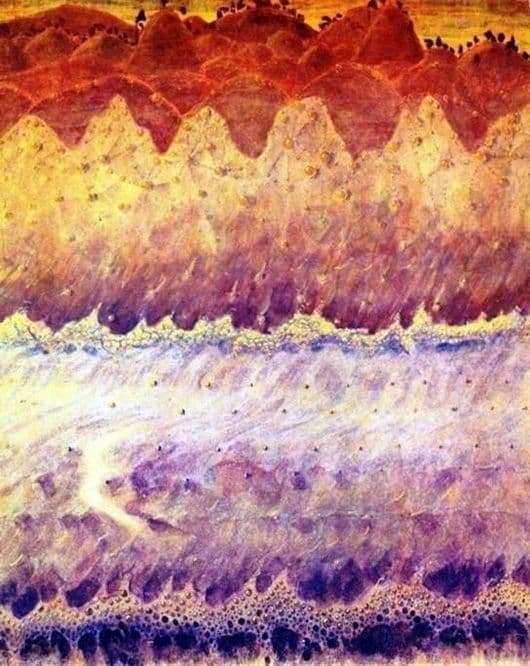 The widely known “Sonata of the Sea” is a “suite” of three paintings by Ciurlionis, which is considered to be one of his most beautiful works. The musicians call the sonatas of the play, in which there is a struggle between several sometimes completely opposite themes, and the main melody sounds in the finale.

Mandatory attribute of the sonata is a division into 4 or 3 parts. Čiurlionis believed in the possibility of creating sonatas, like musical ones, with brush and paints. His picturesque pictures sound music and are also understandable without words, and also written according to all the laws of musical forms. Having chosen the sea that always attracts to itself the object for one of the sonatas, Čiurlionis wrote three pictures for her: “Allegro”, “Andante” and “Final”. Allegro translates as violent, joyful or fun. It is with these words that the first picture of the sonata can be described.

One wave after another, energetically attacking the shore, sparkling and shimmering in the sun. From the depths rose and float among the bubbles amber, shells, pebbles and much more. The coast is covered in hills, its shape is easy to lose and confuse with one of the crests of the wave. But the waves break on the shore joyfully, not depicting a struggle, but rather actively playing with it. And the picture picks up the mood, delighting with its bright colors and lively action. The next picture of the sonata is Andante. Everything is quiet and peaceful in it.

Only two bright beams of light illuminate the horizon. Follow the luminous bubbles coming from them, and you will see how the whole city reigned at the bottom of the sleeping sea, in which they found shelter and sunken ships. A good hand raises one of them and gently, as the children launch small boats, lowers it to the surface, giving it a second life. All the sea is boiling, and a formidable and majestic wave rises up in the Final and, as a monster with claws, already seeks to catch and devour helpless ships. Perhaps, the author’s barely noticeable initials on the wave make it clear that the same death awaits, as it seems to him, all his works: they will be buried deep in the bottom, where no one will remember them…

But no matter how terrible the wave seemed, these ships should in the end, to swim out of it, not for nothing, because the hand was saved by one of the sailboats in Andante. And the paintings of Mikalyus Čiurlionis will never be forgotten, even after many hundreds of years.