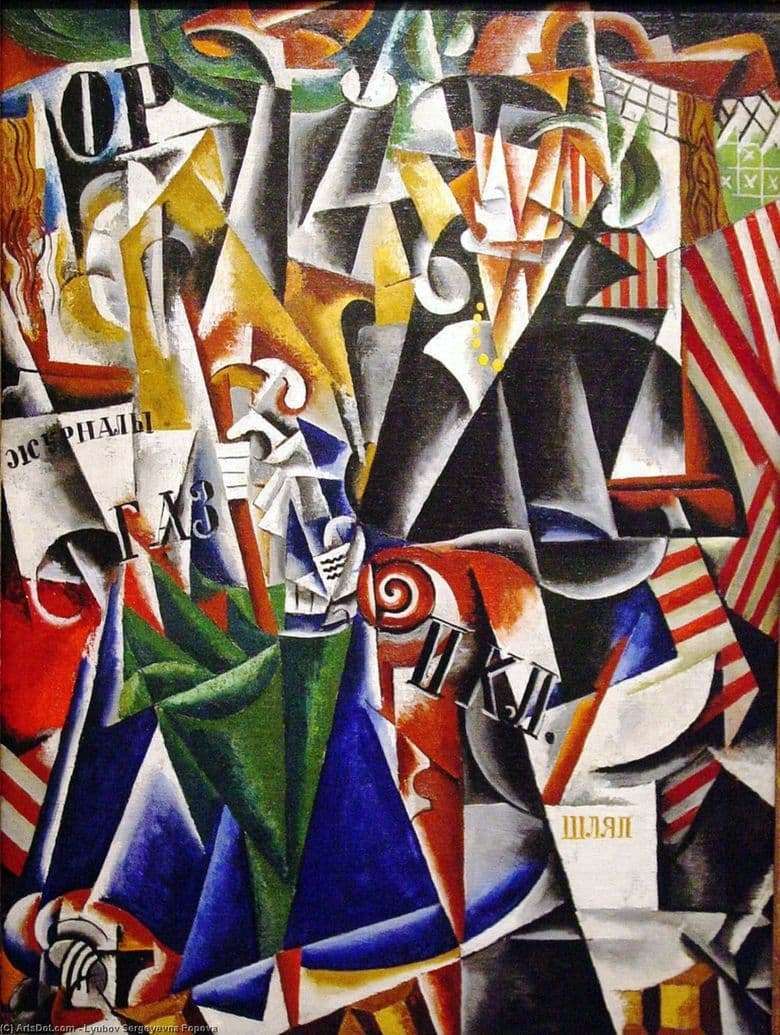 The picture “Traveler” Lyubov Popova, which was called the Amazon of the Russian avant-garde, was written in the heyday of his work in 1916 during a trip abroad.

Thin lines that are thoughtfully connected using straight and broken lines, triangles, squares and semicircles that form one common composition, probably due to smooth smoothing of oval and round shapes as opposed to all sharp objects. Multiple parallel and intersecting faces and planes that are intentionally superimposed on each other do not interfere with perceiving individual objects. In the picture, you can easily distinguish the letters folding into words, find faces on it, cylinders, waves – they talk about the commonality of all the work.

The picture due to its chaotic fragmentation creates the impression of dynamic movement in the temporary space, as if the objects move and now fly out of the canvas. Scattered figures give a sense of relief, which are enhanced by the plastic performance of each line.

The work is written in a rather restrained style, which is peculiar to all cubists. The idea of ​​the painting is to convey the impressions of the travel of Popova herself through the confused image of the traveler. It would seem, why the picture needs letters and the words “Magazines” and “GAZ”, but they somehow associate with the historical reality of the period of writing this work.

“Traveler” and a number of works by Popova are associated with her transition to non-objective art, in which the presence of a concrete form is no longer readable.