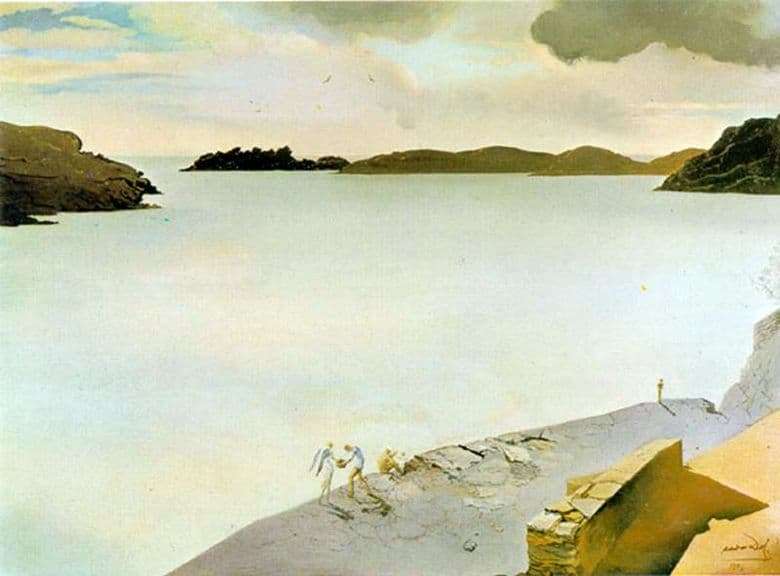 The paintings of Salvador Dali are filled with symbols. The artist attached great importance to the “secret soul and soul” and argued that with the help of symbols, the subconscious indicates the right way for the soul. Passion for ideas of psychoanalysis, of course influenced the work of the artist. The characters invented by him should reveal the hidden meaning of the works. The central idea of many paintings was the contradiction between the “hard” shell of the body and the “plastic” world of emotions. Most of the characters allow versatile interpretation.

Angels appear as a symbol of the mystical union of sublime feelings, and swans have become for the master a symbol of eternal life. Often there are deliberately broken proportions, which accentuate a look at some fragment of the picture. They are also a kind of symbols.

On the canvases of the artist often appears the same landscape. These are places where the little artist was often brought as a child – Cadaqués. Later, he returned here more than once and built a house for himself there.

Sea, shore and sky. Three large layers that form the basis of the composition are made in muted, close colors. Only bright spots of the sun, coastal terraces and dark islands outline the boundaries of space.

Against the background of this relative uniformity stands a thin angel figure, stretching hands to a person. And breathes a sense of longing, mixed with the hope of a lonely silhouette at the water’s edge. Who knows, maybe he will wait for his angel?

Art critics have not come to an unequivocal answer about the interpretation of Dali’s paintings. And, most likely, they will never come, because everyone sees on the canvas exactly what the subconscious opens to him.