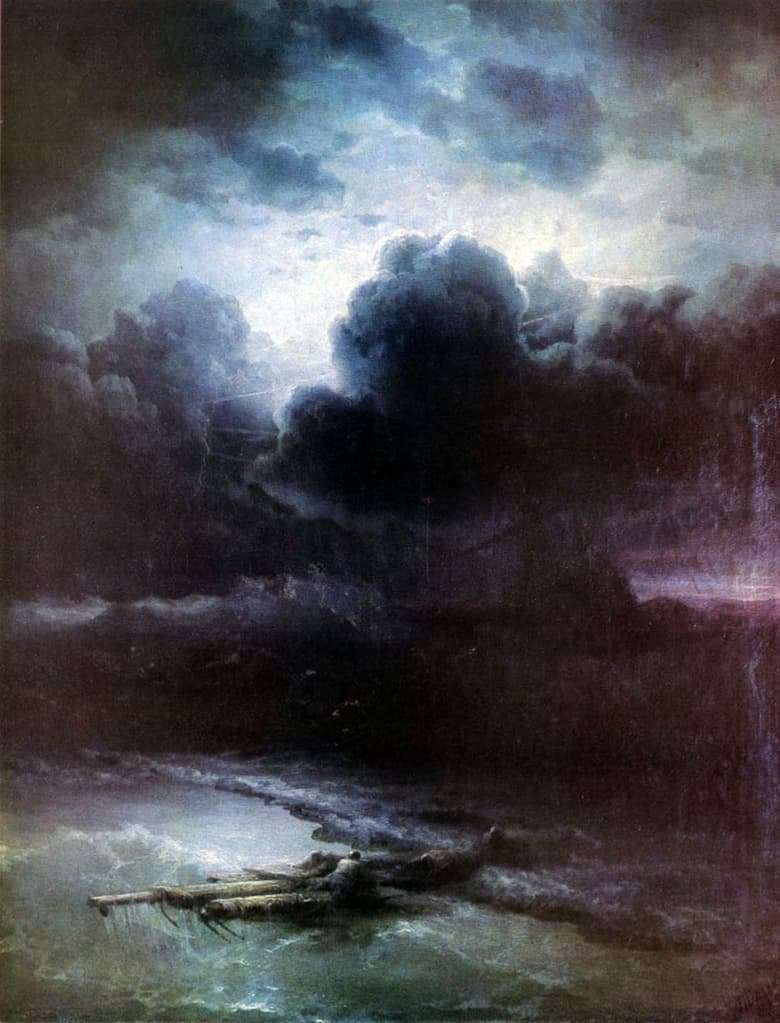 This work, like many in the work of this artist, is devoted to the elements of the sea. At this time, he pays special attention to the outbreak of bad weather, which took a large sailing ship by surprise. The canvas clearly conveys the breath of a fierce storm, full of unrestrained wind energy, torrential rain and lightning flashes. They are the ones who blindingly sparkle in deep ink-violet darkness, shedding some light on the shipwreck.

The ship, whose silhouette is barely visible through the veil of the shower on the right, is still trying, tilting, to keep afloat, but inevitably goes to the bottom. Behind him, against the background of a slightly lighted alarming purple-violet sky, one can see how crushing waves reach their height. Directly above the ship in a terrible situation, a huge black and blue cloud opened up, highlighted by an electric discharge, it seems even bigger and heavier – it is unlikely that all the moisture from it will pour out quickly.

Part of the sailors trying to escape, clinging from the last forces in the wooden fragments in the foreground, but in the boiling and raging kingdom of Poseidon, they are likely to find only death. In the dark, their straightened figures are barely distinguishable.

The skill of the painter was superbly manifested in the selection of dark and beautiful colors, which at the right time rapidly lose their saturation, becoming much lighter, lighter and more harmless in the illuminated areas. The viewer can feel with all his heart the despair and struggle of the wrecked, feel the squally impulses of the typhoon and the many splashes on his face, feel the tragedy of the unfolding action and hope for a happy outcome.