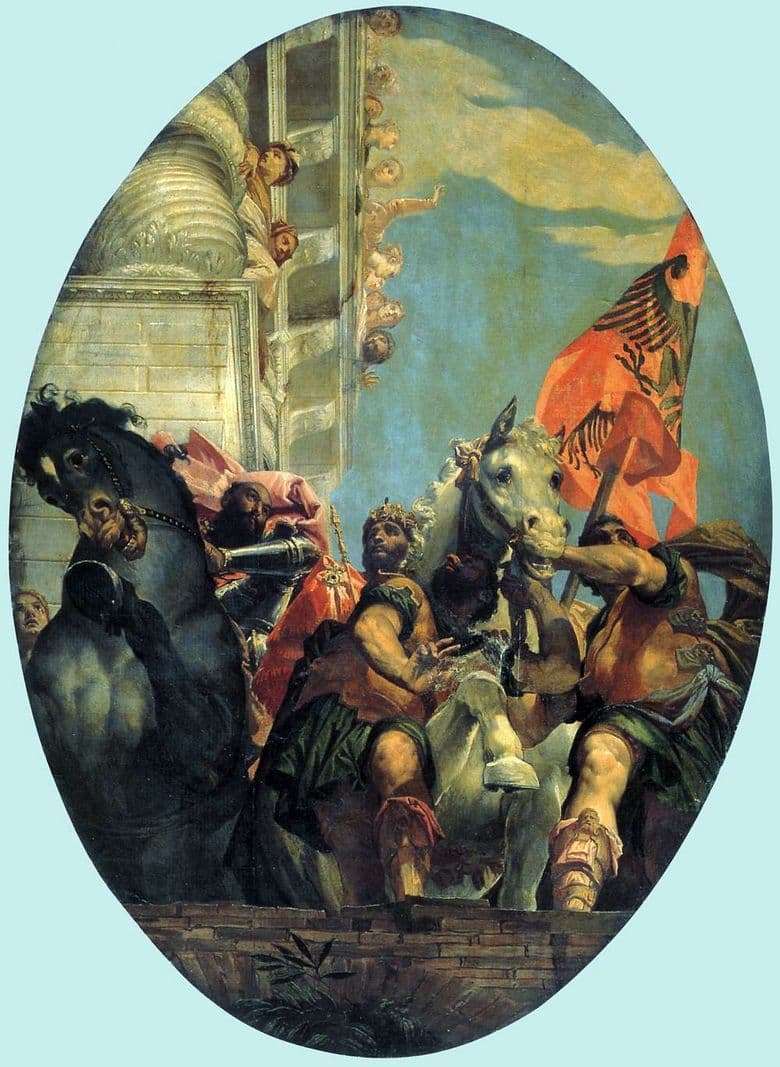 Paolo Veronese worked on the masterpiece for five years. A canvas with rounded edges adorns the Doge’s Palace in Italy. Historians did not manage to establish the exact date of the writing of the “Triumph of Mordecai”; presumably, the picture was completed in the mid 80s of the XVI century.

The composition is pompous and majestic. The basis of the plot is the coronation of Venice by the heavenly Angel. Attention deserve two main details – the image of the Angel himself, depicted in a very unusual way (we see only his back and bare feet), and tonality. The rich color palette of the Venetian painter amazes with the play of colors, saturation and combination of shades.

In the center of the composition are balustrades and columns. In the middle of the canvas we see a space resembling a terrace. On it are men, women and children. Almost all the characters are looking up, trying to see what is happening behind the clouds. Some of the crowd are trying to climb higher, scrambling through tall ornate columns. At the bottom of the picture are brave knights on horseback, who came to see the coronation ceremony with their own eyes.

Above the terrace and the crowd of people gathered one can see a bright blue sky. Grayish architectural elements contrast with the blue sky. The main action takes place at the top of the picture, where clouds play the role of the third tier. Heroes are richly dressed, some are completely naked. Paolo Veronese attaches great importance to the details. Each line of the nude body is masterfully drawn.

The painter masterfully conveyed the feelings and emotions of all the characters. Unusual color solutions allow you to put the Veronese canvas in one row with the works of the great Titian. Creativity of the artist has become a source of inspiration for the Impressionists.