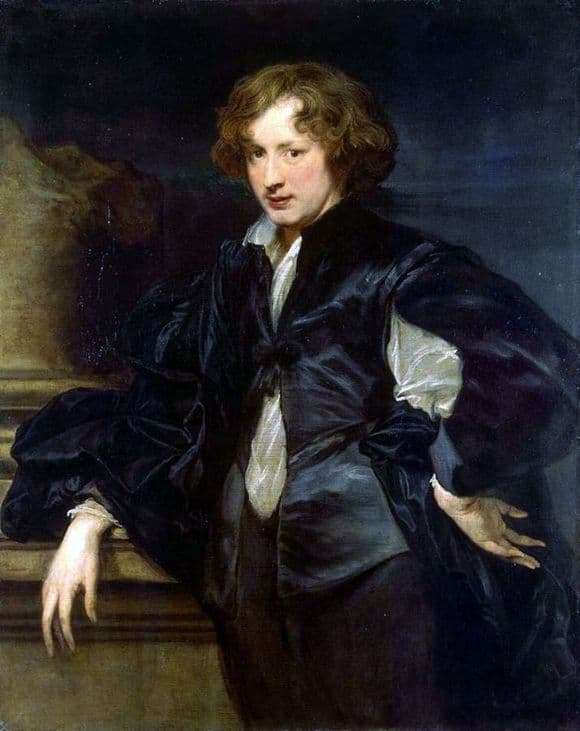 One of the best paintings of the Hermitage, a self-portrait of Van Dyck, shows us the artist in a creative, relaxed incarnation of a person who makes a living impression of embodied art, a bit rebellious, out of a succession of images of everyday life, and it is especially attractive.

The aristocratic appearance is emphasized by the masterful play of light, which makes the paleness of the skin a virtue inherent in the embodiment of fine nature, sensitive and therefore sensual, emotionally elevated and therefore deep.

Curly hair, glare in the eyes, an enchanted detached smile, a receptive posture, open to the world and listening to and speaking to the world – this is how a man of the muse should look, carrying his unique vision to the world. The scarcity of the color palette used for the painting is compensated for by the skillful difference between the clarity of illumination and the blurring of the skin lines, which creates a realistic, landscape twilight.

The attempt of a portrait painter, who ingeniously catches other people’s characteristic features and depicts an essence deeper than his appearance in pictures, to portray his own individuality in his perception deserves special attention, like a mirror trying to reflect himself and show the depth that modestly does not go on to infinity only from formal adherence to decencies.

The ceremonial portrait is the main genre and peculiarity of Van Dyck, and “Self-portrait” brings to the absolute the essence of his talent, allowing the connoisseur to see all the subtleties of the artist’s skills on one canvas.

The special color, close to the Venetian school, which made the artist one of the most outstanding portrait painters of the seventeenth century, is represented in this picture in its purest essence. And it is this color that made a significant contribution to the development of English painting that became the benchmark that was embodied in the traditions of the English school of portrait founded by Van Dyck.