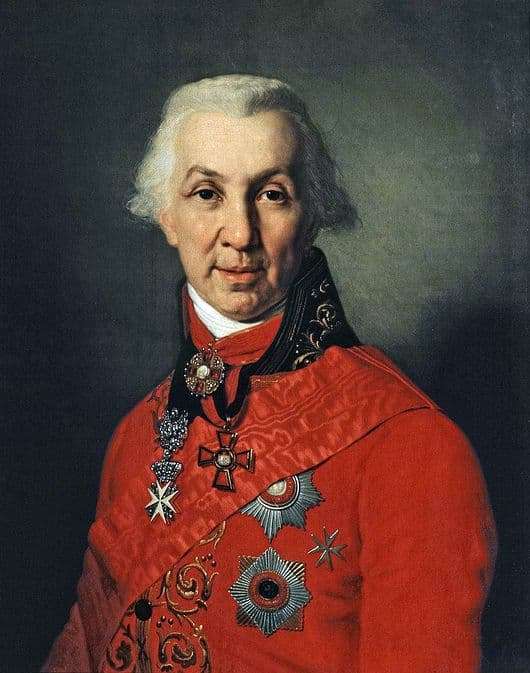 There is nothing more difficult in pictorial art as the work on the portrait. It is not easy to convey the emotions of a living person to your canvas with colors and your skill. Borovikovsky is perhaps the only Russian painter who knew how to paint portraits.

Before us are two portraits of the same person, they were simply written at different times. The lower portrait, where the great Russian poet Gavrila Derzhavin looks very toned and it is clear that his life is quite stormy. He works, this is indicated by his hand, which is entrusted to manuscripts and documents. He is favored by the authorities and deservedly so. This is evidenced by awards. From the portrait it is easy to understand who is in front of us: behind him, the background is a bookcase, which is filled with books, scrolls. And we can say for sure that we have a formal portrait in front of us. 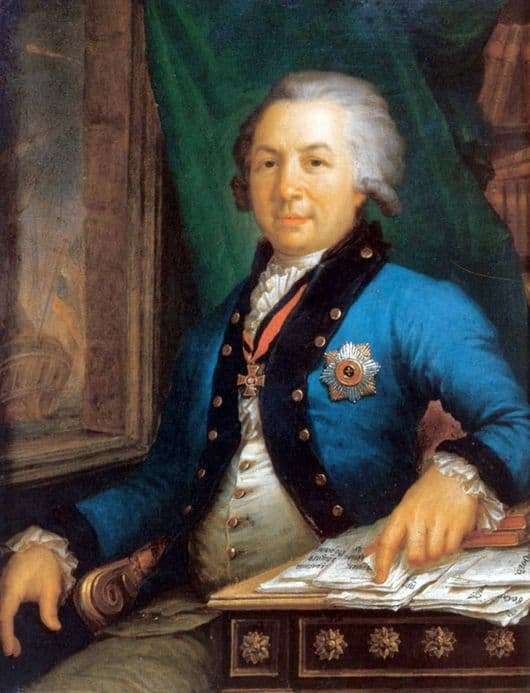 But Borovikovsky wrote from life and how accurately he noticed the look and raised eyebrows, and this half-smile of a slightly stout person, pleased with himself.

But here is another portrait. All the same artist Borovikovsky and it is written all the same poet Derzhavin, but… It was written sixteen years later and there is no longer that ceremonial portrait. There is already a completely different thing, something is already quite completely different. Old age? Yes, but for now there is no decrepitude. It is evident that there is still an opportunity to think. Eyes that burn with life, but how much tired they are. But saved a half-smile. And the awards have increased. So no wonder he lived a life. And almost for the first time Borovikovsky writes a portrait not in any interior, but simply a portrait on a gray-green background.

Derzhavin in the portrait is a thinner, slightly haggard man, but still happy. Probably this is exactly what the artist wanted to convey: he is an old but happy person. And by the way, a little later Derzhavin will have to hear Pushkin’s continuer of Russian literature, but there wise old age and eternal youth will meet.

But Borovikovsky wants to say thank you for not lying, not embellishing, but showing the poet what he really was.