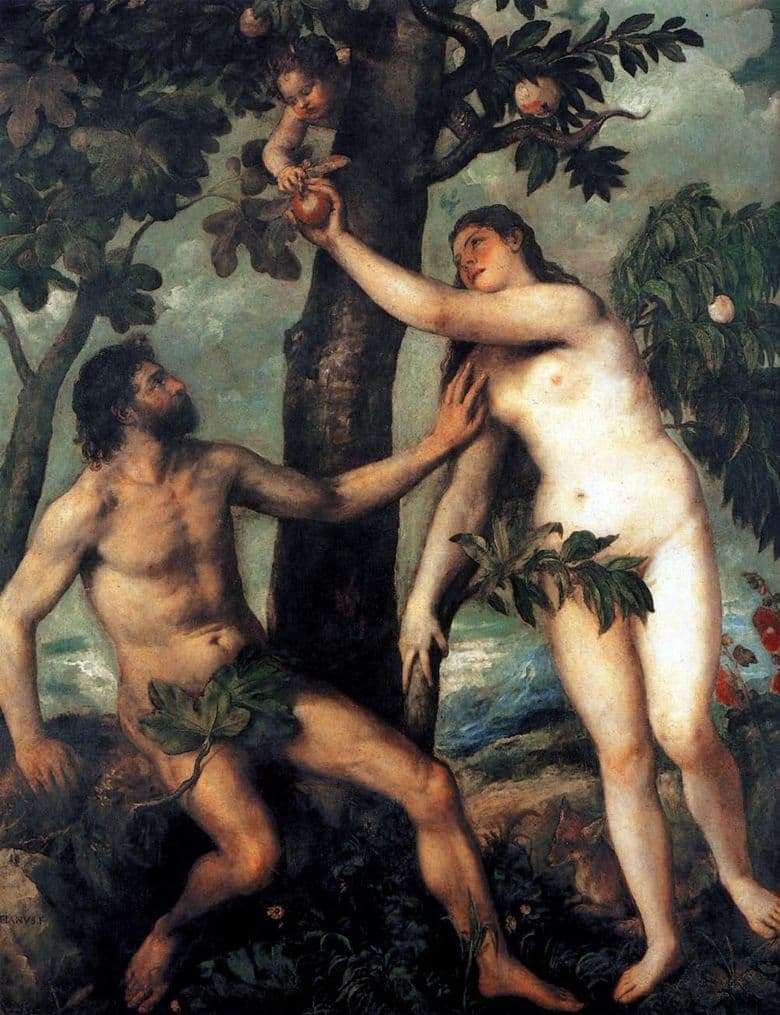 The works of the Italian artist Tiziano Vecellio in the early period of his work were compared with the greatest painters of that time. His biblical and mythological canvases made an indelible impression. Among his customers were the most diverse strata of society, he wrote both for ordinary people and for princes, dukes, he was ordered by a picture even by the Pope himself. Each of his creation was saturated with special energy, it seemed that the episode captured was about to come to life.

These works include the painting “Adam and Eve” (“The Fall”), written around 1550. The plot of the canvas is familiar to everyone – the story from the Bible, which tells of the sin committed by the first people, thanks to the curiosity of the woman. Eve beckoned the forbidden fruit – the apple of paradise. This tree acts as an indicator of good and evil, the heroes themselves, without relying on God, were given the choice to know its fruits, or still temper their curiosity. The latter conquers, as reflected in his work Titian.

Eve reaches out to the apple, almost tears it off, and Adam hesitantly, but still trying to warn her, stretching her hand to Eve’s shoulder – as if asking to stop before it is too late. But on the tree there is another figure – an angel, and maybe a demon, who took the appearance of an innocent child. Behind the main action is visible the fox, which the master placed behind the culprit with a certain background. Eve to sin with his own conversations pushed the serpent, he is the devil, who can take different forms. Here and on the canvas, he appears in the image of a fox, whose burning eyes betray his triumph.