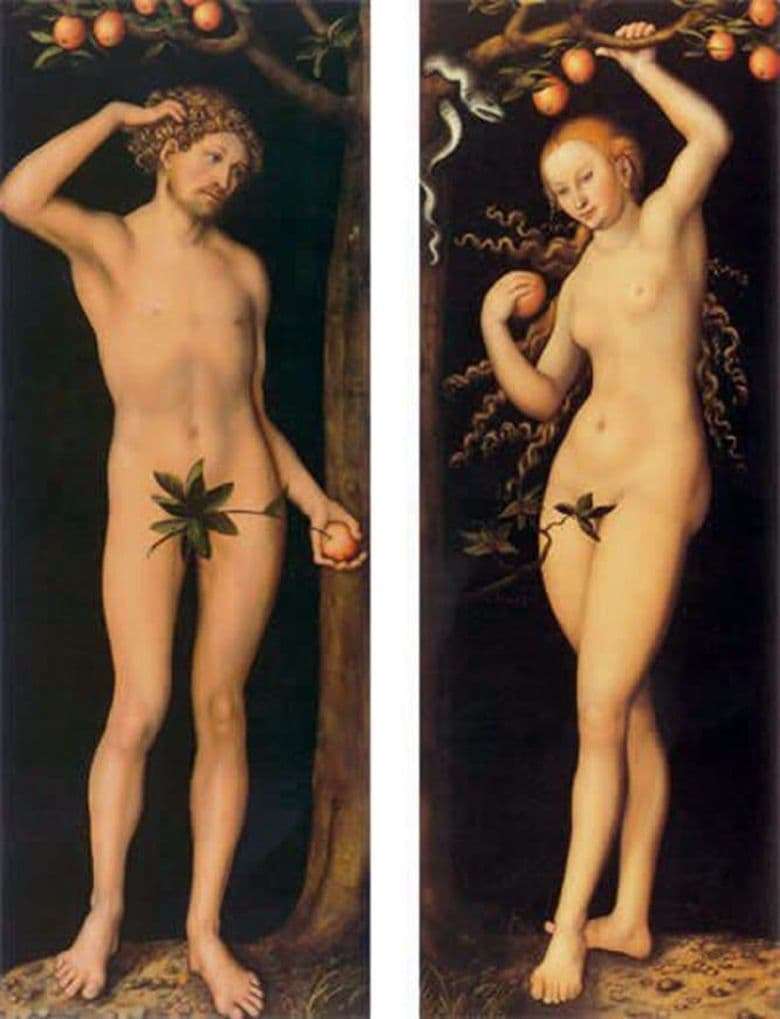 This picture of the master of the Northern Renaissance, written around 1526, is sometimes called Russian Cranach due to the fact that it was discovered in Russia at the beginning of the twentieth century, but then sold to the West.

In the work of Lucas Cranach the Elder, a German painter of the Renaissance, the biblical story about the temptation of the progenitors of the forbidden fruit is repeated about 50 times. The mythological plots of the artist during this period were predominant, and he used decorative techniques of the image. In writing portraits, his brush is becoming more sophisticated and fanciful. He preferred to choose scenes in which it would be possible to circumvent the ban of the church and show the naked body, which was very popular with high-ranking customers.

“Adam and Eve” was the perfect canvas, reflecting these trends. Earlier versions of the picture include only participants in the event, later animals appear that God created. The composition of all the paintings is identical: The tree of knowledge of good and evil, which the artist always is an apple tree, divides the work in half. In a particular case – these are two boards.

The heroes of the picture are depicted in the Garden of Eden at the time of sin. Cranach achieves not anatomical precision, but exquisite spiritual sensuality. The elongated images of Adam and Eve clearly stand out against the gloomy background. Their poses can be called scenic, unnatural, movements – pointedly deliberate. This Cranach opened the way to Mannerism.

← Description of “Tavromachy” by Francisco Goya Etching No 33: The tragic death of Pepe Ilho in the arena of Madrid
Description of the painting by “The Bean King” by Jacob Jordaens →