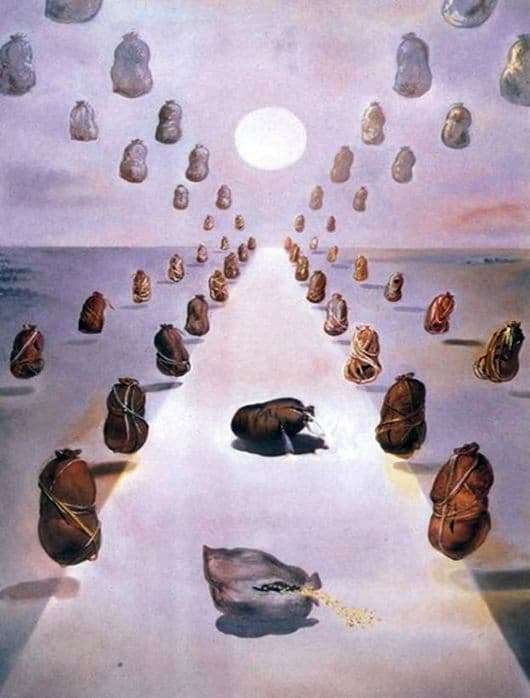 Dali is not just one canvas. This is just a few canvases that he wrote several years, or even decades before his departure to another world. Closer to 1983, he began to write less and less, to work because of his age it became harder and harder. Yet he wrote… And this last of his cycle of paintings is completely differently perceived by the public. And according to the concept, it is different than all the cycles, it is even more strange and mysterious, and therefore makes it even more fantasize and take its philosophy for its own. In fact, throughout his life he transformed his painting style – surrealism.

Cloths are at least strange and at most highly philosophical. Not everyone can decipher what the painter intended. The list of the “Last Role” cycle includes several dozen works. The article will also introduce a couple. For example, “The Path of the riddle.” Strange bags with a grain of knowledge, probably so. And every time the mystery is unraveled by us, such a bag is untied or torn. But look, how many more such bags! How many more puzzles! 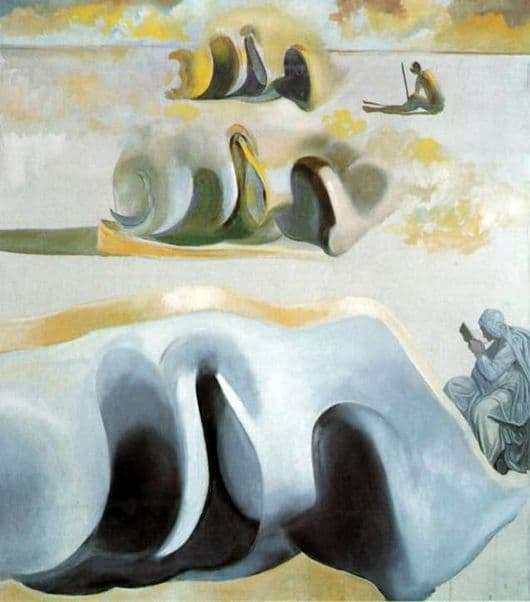 Another canvas from the same cycle is “Three riddles of Gala”. Gala, this is the Russian muse Dali, his wife, his model. He often portrayed her in his works. But this time, only the nose and lips, and sand, and strange two figures. Moreover, this canvas is presented here in the latest version. Quite a philosophical canvas and somehow thoughts diverge in the perception of these riddles and you definitely won’t understand what they are about. About beauty? About the inevitability of losing beauty? 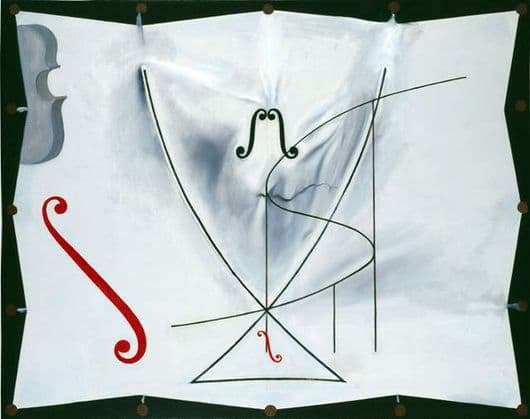 And the third canvas – it generally goes beyond understanding. This is most likely the geometry, the geometry of the soul. Although it has a rather strange name – “Swallowtail”. But to understand this canvas is difficult, because it does not allow to perceive it all in the reality of the situation.