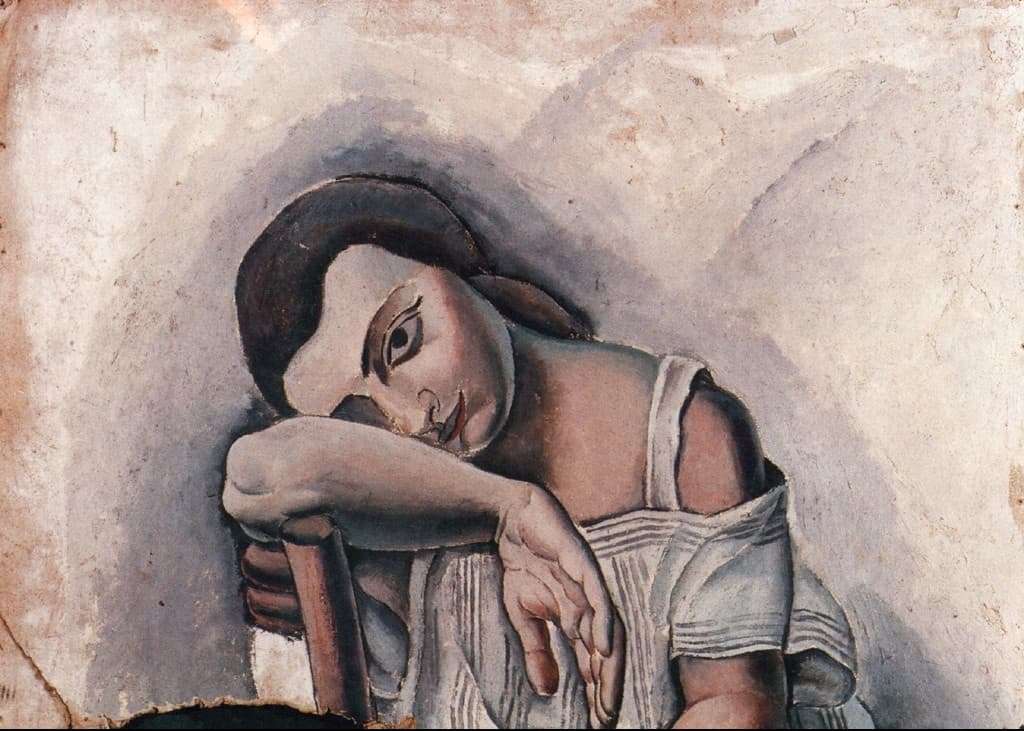 The canvas was written in 1924 in oil on cardboard.

On it, Salvador Dali depicted his sister Anna Maria, sitting on a chair. This is not the only work of the artist dedicated to his younger sister.

In his life, Anna Maria appeared when the little boy, Salvador, was four years old. This event occurred in Spain in 1908. From childhood, brother and sister became inseparable friends who spent all the time together, knew all the secrets of each other and the secret places in the parents’ house. They grew side by side, walked together on the street, tore apart their knees, matured together, turned into a beautiful young man and girl. Brother and sister lived a common life.

When their mother died, Anna Maria took over the household and took care of her brother. In Spain, family values and traditions are very honored. Dali loved and respected his younger sister. Matured Anna Maria turned into a beautiful young girl. This could not be overlooked by her brother. The love for beauty and art created in the head of a great artist the plot of his paintings, where Anna Maria became the model. Dali of that time was a modest and calm young man.

Everything changed when a new branch called “the era of the gala” began in the life of a guy. In one summer of 1929, Dali changed his interests and essence. His sister was very worried about this, because her talented and modest brother ceased to be the one who loved her and spent all her time with her. She wrote about who he was before, but these words infuriated El Salvador. Dali forgot who he was and did not want to remember.

In order to attract attention to himself, he becomes a man – shocking. It has separated the sister and brother forever. But it gave the world of art a unique artist who broke normal ideas about reality and created masterpieces that went down in history.