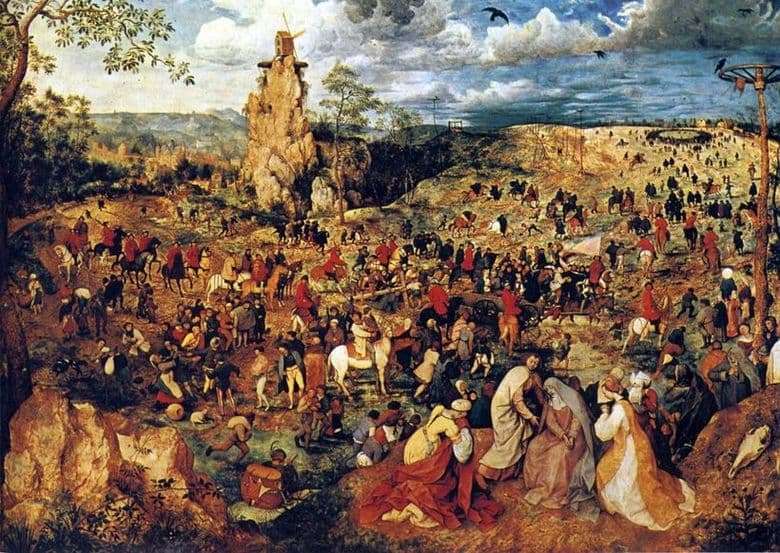 The picture was painted on a blackboard in 1564. One of the sixteen paintings by Bruegel, which in 1566 was included in the inventory list of the collector from Antwerp Niklas Jonhelink.

What do we see by glancing at the picture? Crowds of people walking in dark-colored robes appear to our eyes, as Bruegel imagined the peasants and townspeople of the Netherlands. The artist depicted Spanish conquerors on horseback – they are dressed in red tunics. The population of the Netherlands hated the conquerors for trying again to bring the Catholic faith to the lands of Flanders. A pole with a wheel on top, located on the right, personifies a torture instrument. The artist depicted a scavenger crow, scraps of clothes under the pole, as if telling us – the victim was first beaten, tied to a pole and left to die like that. All these events have happened recently. As a victim, the judge chose a suspect in reading the sermons of the Catholic faith.