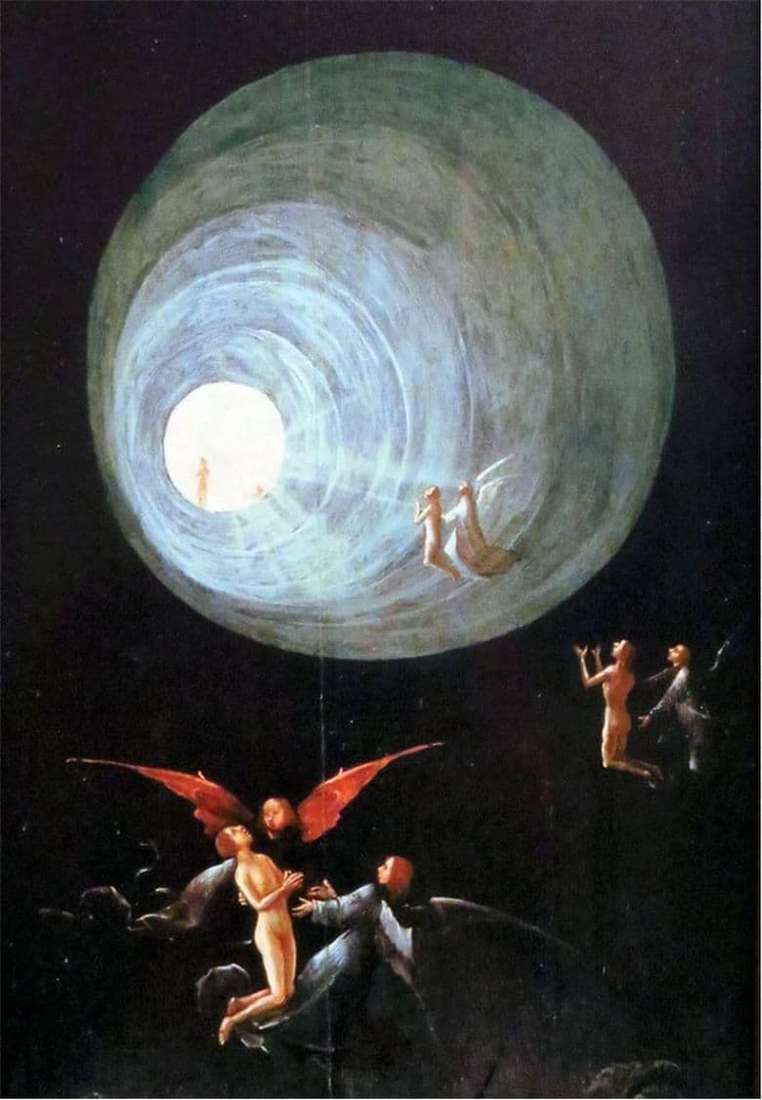 The painting “The Ascension of the Righteous” (“Climbing into the Empire”) of the Dutch painter Hieronymus Bosch was painted in oil on a blackboard, probably in 1500-1504.

The plot is inspired by the idea of the end of the world, the prophecy of which was spread in Western Europe by the beginning of the 16th century. The theme of the death of mankind is found in the works of Bosch quite often. Typically, the artist painted boiled in coppers with molten coins misers, eating toads and snakes glutton. However, in Ascension of the Righteous, there are no torments of sinners, it is filled with a bright mood. Accompanied by angels, the righteous who have got rid of earthly concerns and problems, fly through a deep tunnel filled with an unearthly light. Their faces are turned to the bright radiance pouring down the corridor. Hands froze in prayer. The figures become weightless, fly easily and reach the end of the tunnel, where they become incorporeal, lost and forever merge with God.

I. Bosch masterfully uses the light, with its help the main plot is created. Light leads the viewer from the illuminated clouds to the figures of people scattered throughout the picture and, finally, to the tunnel. An overflow of light and darkness, hues and saturation of colors help the author to convey the depth and volume. This is most clearly seen in the image of the clouds and the tunnel.

To convey perspective, the artist draws people in the foreground larger, and those who are further away – small. Tunnel rings perfectly convey the effect of movement.

Calm, peace fill the picture, the heroes have nothing to worry about, their path is almost complete. And, nevertheless, in the work there is tension – it is created by red and black pointed wings of angels.

The work is kept in the Doge’s Palace, Venice.