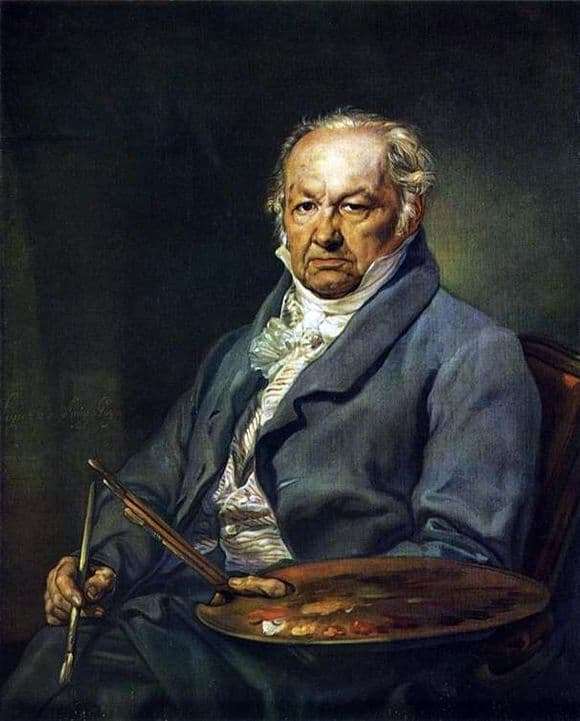 In the XVIII century, the situation with the Spanish painting was not easy. The domination of foreigners penetrated the art of Spain, in his painting. The authorities, paying tribute to fashion and political ambitions, pushed foreign painters to the leading positions and gave them a clear preference. They were awarded the most prestigious awards, critics wrote praises about them, they were given the most expensive orders. It was believed that the Spanish painters exhausted themselves. But the artist, not absorbed in his native habits, customs, traditions, his vision, is doomed to failure. At that time it turned out differently. Adoration of foreign trends did not allow to bring to the fore their indigenous masters of painting.

However, Goya, nevertheless, was able to regain the former glory of all national art. His paintings simply could not cause admiration. This was especially true of portraits. The painter was her simple performer of a certain work. His immense talent was strongly supported by the spiritual qualities of the artist himself. Goya did not just realistically convey the appearance of the model, he proceeded, first of all, from the feelings that he had for the person he portrayed. Therefore, Goya treated each portrait of his far from being impartial. To convey the individuality of each work, the artist used various techniques, methods, and even changed techniques.

It is known that there are paintings that Goya wrote using brushes, a variety of sponges, textured fabrics. Paints could be applied with a knife, hand, fingers, even a wooden spoon. Everything that fell into the hands of the ingenious creator, worked to create unique masterpieces. Incredible talent, supported by hard work, forced to talk about the artist, as a national treasure. Even the royal society was forced to admit the uniqueness of Goya’s works and admire them. The painter gained fame and honor with which society showered him. True, to this he had to go through cruel trials.