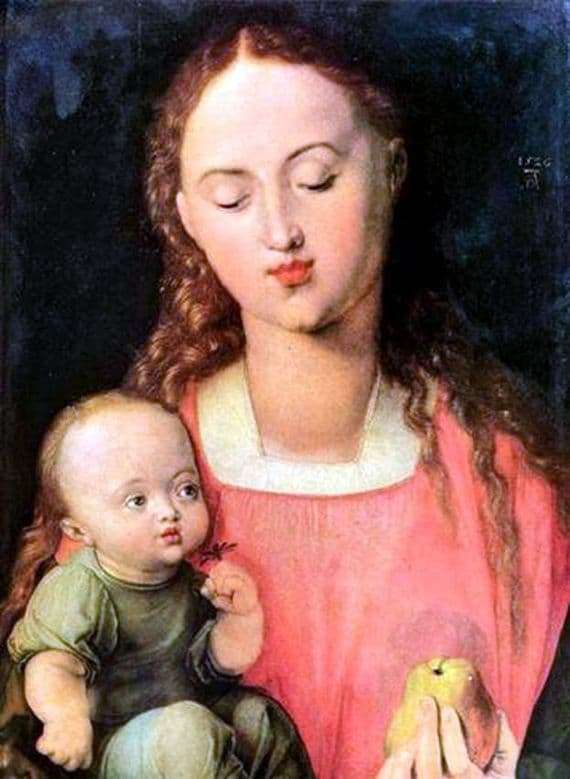 In a series of his extraordinary portraits made during the decade (from 1510 to 1520), Dürer managed to bring together all the best qualities of a person. For many years he painted and studied human personalities in order to learn how to convey them as accurately as possible in his works.

After a long search and definitions of what exactly canonical human beauty should be, as well as numerous attempts to substantiate the ideal standards of human appearance, he nevertheless chooses the face of a modern German person.

Such a representative must necessarily belong to the kind of intelligentsia. He had to be slightly anxious, worried, have his own internal contradictions, be strong-willed enough and have a rich spiritual world and energy. Dürer tries to find such important features among the representatives of his contemporaries.

In all his portraits there is such a familiarity of his character. However, he manages to completely get rid of the remnants of the past time – the external fragmentation, excessive angularity of the human appearance, the rigidity of color shades and lines. The heroes of his portraits are always very solid and free in their poses and manners. The figures in the composition are always very natural, not speaking at the same time outside the designated compositional space.

Among the geometric forms there is always a certain generality and similarity, they are quite plastic. Similarly, in his work “Mary with the baby.” Ovals and facial features echo each other. At the same time, all of them are made with very smooth rounded lines, at which there are no sharp corners. Bright details bring a certain boldness and contradiction to the composition. They all look whole and harmonious.