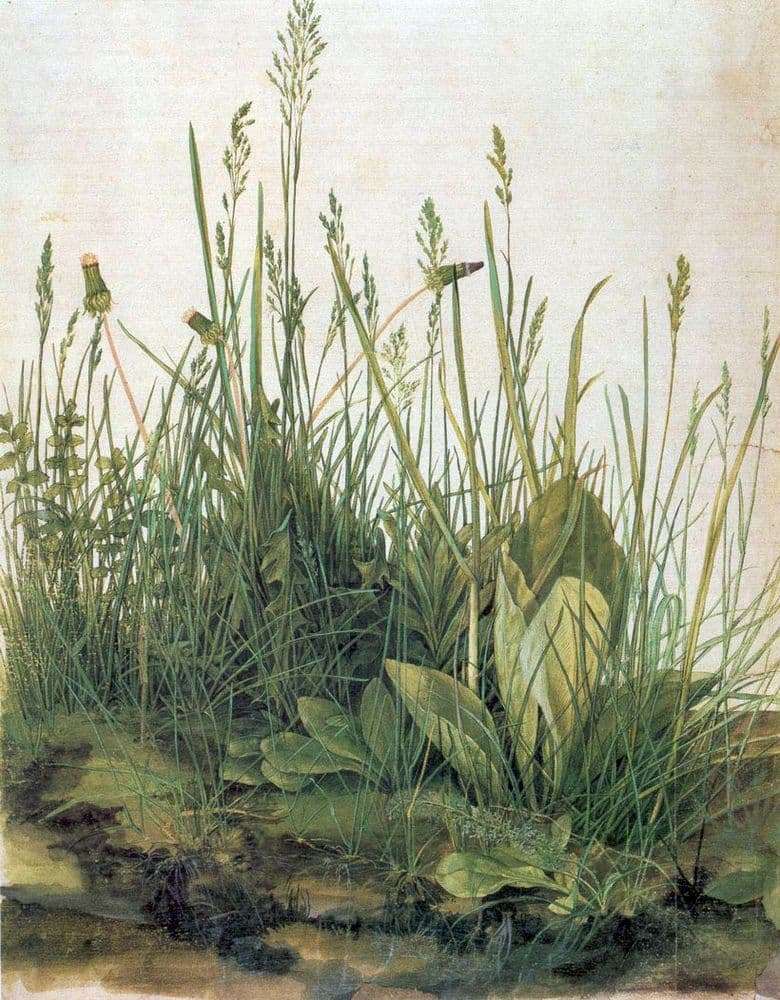 Albrecht Dürer was considered a real researcher of flora and fauna, as well as a passionate admirer of the theory of Renaissance art. Paintings always enthusiastically described his life, all aspects of family life. All this was described in his diary, which was devoted to traveling to Holland.

Dürer was born in Nuremberg, Germany. The talent grew and developed under the influence of his father (a Hungarian jeweler), Koberga’s godfather (a former jeweler who took up publishing), and a close friend of Wilibald Pirkhmaimer (a humanist who managed to acquaint the young man with the works of Italian Renaissance masters).

In 1503, Albrecht Dürer begins to paint in watercolor amazing drawings of plants and animals. The most famous of his works in this series is The Piece of Sod. Initially it was assumed that this sketch would serve as a study for a larger work. However, it was not destined. “A piece of turf” became famous in itself. The artist managed to subtly notice all the features of the vegetation. Using various shades of green, all the plants in the picture are famous paintings by Durer depicted as accurately and accurately. He carefully wrote out every leaf, every stalk.

Until now, it had never occurred to anyone to draw individual natural motifs, no one paid attention to the wild grass under their feet. Albrecht Durer was one of the first artists in Europe who was not afraid to experiment with watercolors (new material for artists).