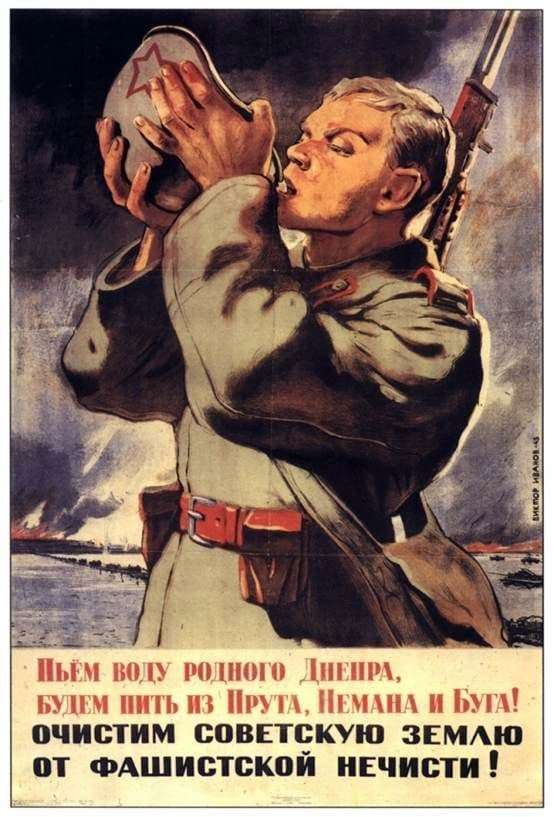 1943 – a turning point in the entire Great Patriotic War. In that year, they finally succeeded in what, two years ago, the Soviet people could only dream of – the Red Army was able to ward off the lands of eastern Ukraine from the enemy. Kharkiv, Zaporozhye and other major cities of the Ukrainian Left Bank got rid of the Nazi administration.

One of the most difficult operations in that year was to force the main aquifer of the Ukrainian lands, the great Dnieper. The culmination of this tactically difficult, but such an important move was the capture of Kiev, the ancient Ukrainian capital. Joy among the entire Soviet people was difficult to describe in words. The myth of the invincibility of the German troops was finally dispelled.

Finally, there was a firm conviction that victory was just around the corner. The Red Army soldiers, inspired by the successful operation, were still eager to fight. Such an event found a lively holiday in the Soviet wartime culture. Songs, poems, and whole prose works began to be devoted to these events. The poster art of the time also did not stand aside. One of the most famous propaganda posters dedicated to the capture of Kiev and the crossing of the Dnieper, was the work of Viktor Ivanov called “We Drink the Water of the Native Dnieper”, created in 1943.

The central image of the poster is a Soviet Red Army soldier, drinking water from a helmet, which he scooped in the Dnieper. It would seem that in the very image there are no remarkable elements, but he himself seemed to exude all the solemnity of the moment and firm determination that the liberation of the Soviet lands would continue successfully.

To heighten the effect, a poster in a bright socialist-realistic style emphasizes the intentions of the Red Army liberators: “Drink water from your native Dnieper, drink from Prut, Neman and Bug!”. This poster is a promise of the imminent liberation of the entire Soviet Union from Hitler forces.