Home ⇒ 🎨Posters ⇒ Description of the Soviet poster “Warrior of the Red Army, save!” 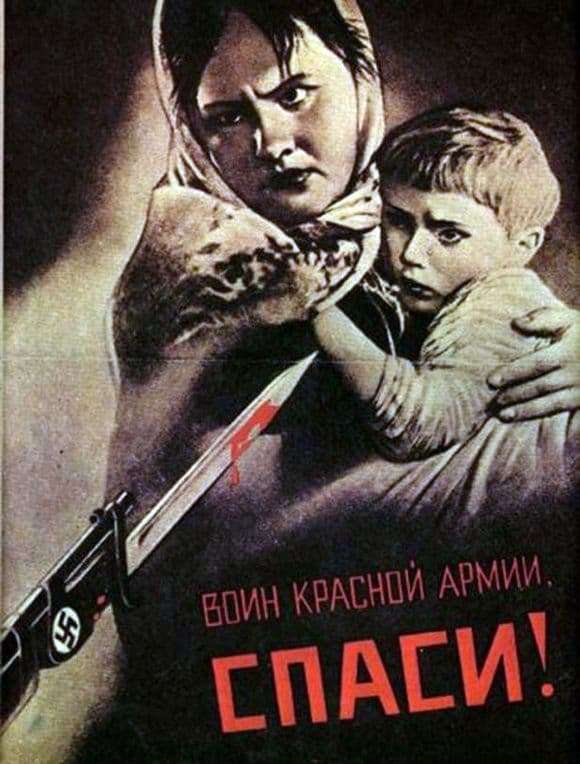 The Great Patriotic War is one of the most difficult stages in the history of our country. Cruelty and bloodshed destroyed many cities, thousands of people died and were left homeless and relatives.

Five years of war for the people of that time were the most difficult in their lives. To raise the morale of the people, the Soviet authorities created various campaign posters. They displayed a deep meaning that was laid in the fragment and the phrase itself.

One of the most famous posters of wartime was the poster “Warrior of the Red Army, save!”. This is a very powerful plot that evokes very strong emotions. The poster was created by the artist Koretsky. For the first time, people were able to see him in the newspaper of those years – Pravda in 1942.

On the poster, the artist depicted our Russian mother, who defended her child and Motherland. She is threatened by a fascist, pointing a gun at the child. This story does not leave without emotion even now, what can we say about the feelings of the soldiers of the Red Army. The sight of the mother and the child confronting the enemy could not help but force the soldiers to defend their country. The soldiers, looking at him, were even more eager to fight with the enemy.

The artist created a poster in two colors. The red color of the picture indicated that the fascists shed the blood of our people, they are insidious and do not spare anyone or anything. Of course, such a plot could not be unnoticed. In the soul of each soldier stood the image of a mother and child, his family. He simply could not go to defend his homeland.

There was also created another poster in the same 1942 with the same name. He also showed a defenseless mother and a child in her arms. They were also threatened with death at the hands of the fascist soldier. 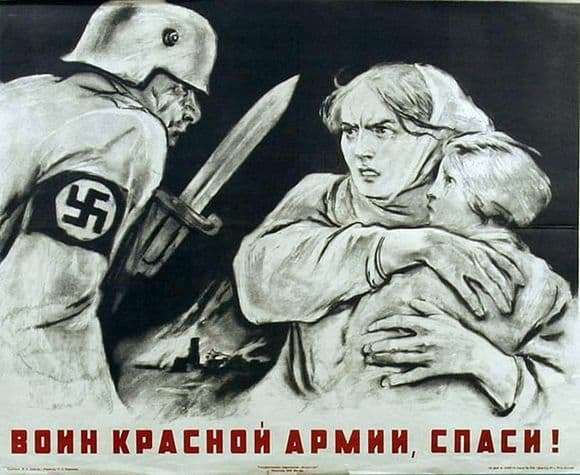 Both of these posters are a powerful, motivational, and emotionally informational weapon. A Russian soldier would never have been indifferent to such a plot. Protecting children, mothers, countries – this is what they rushed to fight with the enemy, not knowing fear.