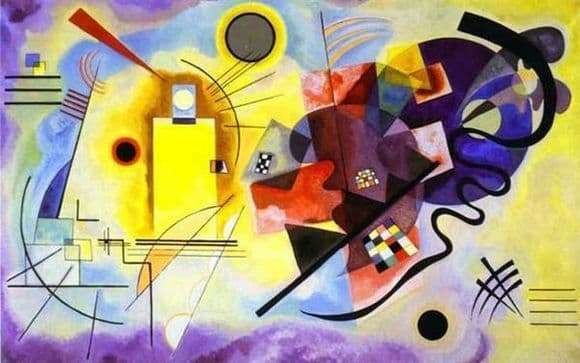 Vasily Vasilyevich Kandinsky – Russian graphic artist, revolutionary artist. Burst into domestic art with the most daring ideas that embodied in his paintings. The painter and founder of the famous art trend – abstractionism, which followed almost all of his conscious creative life.

Kandinsky became famous not only for his works, shocking the public and the academic community of the early 20th century, but also for his theoretical works on art and painting. Vasily Vasilyevich also founded The Blue Rider, a group of expressionist artists and for a long time worked as a teacher in many countries of the world.

Surprisingly, the unusualness of Kandinsky lies in his biography. Vasily Vasilyevich decided to become an artist only at the age of 30, and enthusiastically dedicated his life to this dream. This contributed to the indelible impression made on the Kandinsky Impressionist exhibition in Moscow, where he first saw a picture of Claude Monet’s “Haystack.”

Looking now at the works of Kandinsky, such as “Yellow-red-blue”, it is hard to believe that the artist began his passion for art with light and airy paintings of the Impressionists. The masterpieces of abstractionism, which came out from under the brush of Kandinsky, are distinguished by a sharp line, an abundance of details, and a very bright, conspicuous, color spot.

The name of the picture “Yellow-red-blue” speaks, perhaps, for itself. On the canvas, these colors are indeed depicted – sometimes mixed, overlapped, reinforced by shades or, on the contrary, disguised with details.

In all the paintings, Kandinsky displays a spiritual impulse, puts a piece of his vision of the world. Not every viewer will understand this work, but its artistic value is undeniable to this day.