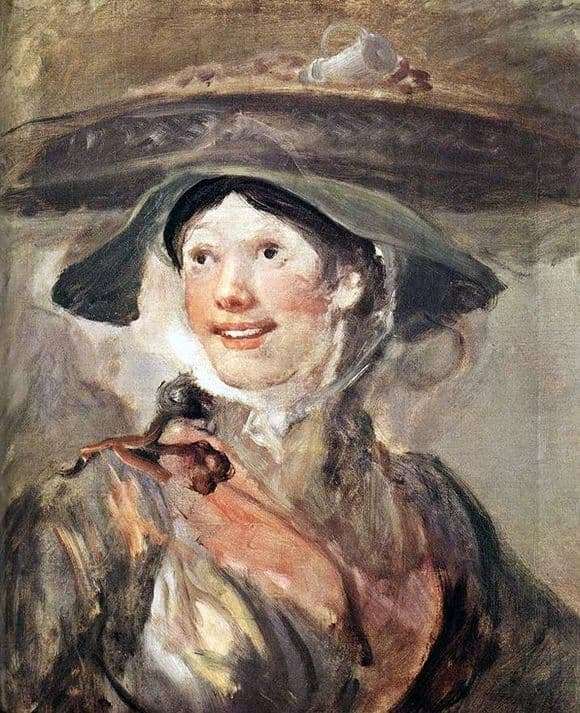 William Hogarth’s “Girl with Shrimps” painting in the National Gallery is especially admirable. It is a component of the series “The Adventures of Rake”, where the author tried to reflect the modern image of the middle class of the population. The painting was not completed entirely by Hogarts due to his imminent demise. However, this did not affect her recognition as a masterpiece of fine art.

The girl, captured in the picture, as if distracted from everyday life, and let herself be caught in her true form. A little ridiculous, but at the same time a thoughtful grimace fills the soul with joy. She, distracted from all worries, looks somewhere in the sky. Something there impressed her highly and caused happiness on her face. The location of the girls’ eyes turned out uneven, thereby provoking squint on the face.

Although who knows, maybe the one who posed for the artist really had such an affliction. Nevertheless, despite such a defect, the eyes look very bright, which, at first, is striking. Then black curls stand out.

The garment does not immediately reveal her belonging to a particular class. Initially, it seems that on the girl’s head is a hat, typical of young ladies of high society. Here the illusion is created that the girl has aristocratic features. But looking closer, you understand that this is not a hat at all, but a tray. The usual tray that she carries on her head. And then you realize that the girl serves in some institution.

Given that the tray is not in the hands, it is clear that this is a cheap eatery in a sunny place of a city or even a suburb. In fact, a headdress is a cheap kerchief casually draped over her black curls.

On the tray is fallen dishes. This may be a sign of a girl’s careless attitude to work, or a consequence of her head elevation.