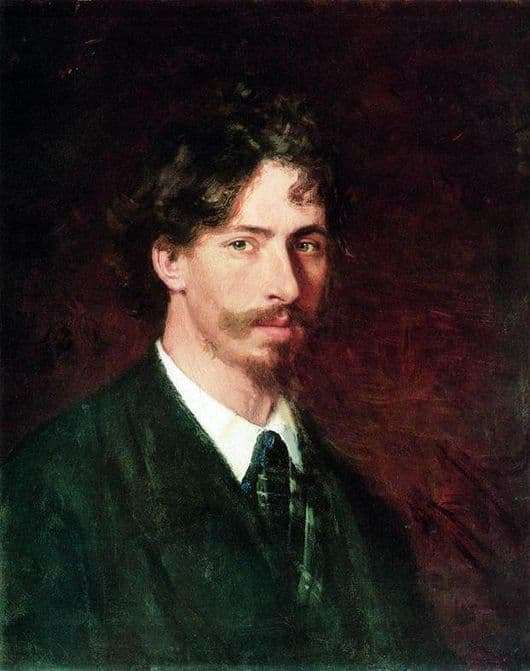 Ilya Repin is a famous Russian artist. His creative heritage belongs to a large number of portraits. Including he wrote and self-portraits. Among them there are ingenious and famous, there are unrecognized ones. All these works give viewers a unique chance to see Repin through his eyes, to trace the path of his change in years.

Repin’s self-portrait, written in 1878, is considered the most famous. A 34-year-old, still young, artist carefully looks at the viewer from the picture. But he looks older than his years. This work is a reflection of the state of the inner restless world of Repin. Time in Russia was hard and the masters, anxious for the fate of the Motherland, were breaking apart conflicting thoughts. The expression of his face in the portrait clearly shows the complexity of the civil situation in the country.

The image on the canvas fits the academic style. The background of dark tones, and the hero half-expanded to the audience. The main focus of the self-portrait is the eyes of Ilya Repin. His view is the look of a true artist, sharp, observant, as if the work on the painting is going on now. The expression on the artist is tired. He thinks about Russia, worries. If you compare this self-portrait with a later work, you can see that Repin looks much younger there. Indeed, in Russia, calm, calm and master.

Repin’s hair on a self-portrait is neatly combed, lying flat and parted. Only one of the dark curls broke out and fell on his forehead. The artist is dressed in a dark-colored suit with a white shirt and a strict tie. The background is dark, one color without transitions. This technique uses Repin to achieve attracting attention to the face, to a deep look.

In the painting Repin looks soulful. It is evident that art and painting mean a lot to him in life, he is ambitious. Deep self-portrait with shown internal contradictions and elemental feelings.