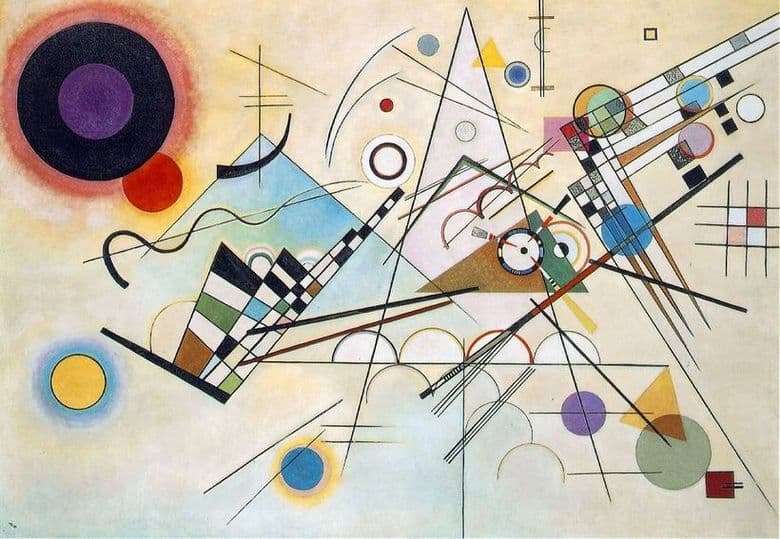 There is an opinion that Kandinsky Vasily was a synesthet. This means that he had one simply unique quality – acoustic-color synesthesia. This characterizes the ability of a person to see a melody as a color and vice versa. Kandinsky believed that to hear color in melodic music is a snap. It all depends on our willingness to hear, understand music, on the ability to make sound-color parallels.

It is believed that Kandinsky is one of the founders of the most extreme school of modernism – abstractionism.

At that time, the artist was moving from color to form, considering it one of the dominant elements in the composition. Due to the presence in the picture of contrasting forms, it maintains a dynamic balance. In his film “Contrasts”, he tried to portray the sound of melodies that he heard. He even used the musical terms “improvisation” and “composition” to describe the canvas. Music gave the artist an endless source of creative inspiration.

Vasily later noticed that the keys represent the color, and the soul acts as a piano. Relying on his thoughts, he often painted pictures with piano music by Schoenberg Arnold.

There is even a Kandinsky table, where it is clearly stated what color is responsible for a certain musical instrument. For example, the high loud sound of the trumpet indicates yellow, and the cello looks like a dark blue shade.