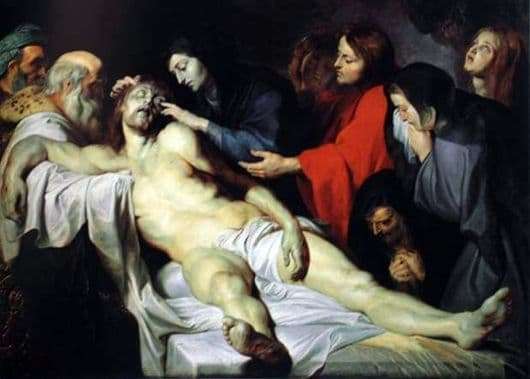 A brilliant painter, originally from the Netherlands, more than anyone else, embodied the vitality and sensuality of European painting of the Baroque era. His creative legacy encompasses the Bruegel’s laws of realism and the achievements of the Venetian school.

Despite the popularity of works of religious subjects and mythological motifs, the artist was a virtuoso in landscape and portrait. He never hesitated to imitate one of his predecessors, from whom he took an example and in his work used certain elements of famous Masters. His development as an artist was influenced by the work of Titian and Bruegel.

The distinctive characteristics of his paintings are compositional solutions, the richness of the colors used and their shades. But the most important nuances by which one can undoubtedly recognize the work of Rubens are the gestures of people. They are always surprisingly realistic and written precisely in the individual artistic style of Rubens.

Courage and freedom are enclosed in Rubens smears. He possessed the art of brushing, which distinguishes the artist, especially in writing multimeter compositions.

Rubens wrote this canvas during his stay in Italy. In the picture, he connected together the lament of the Virgin Mary over Jesus and his position in the tomb. The immovable body of Christ was already heavy, the head tilted to the side. He was surrounded by Joseph of Arimathea, John the Evangelist, and Mary Magdalene. Very realistic artist conveyed their deep feelings. The dense formulation of figures creates tension in the picture. This is typical of the Baroque culture.

The color scheme of the work is very subtle and naturally depicts human flesh. Because of the stormy sky and the illumination of only the foreground, an acute sense of anxiety appears, but at the same time, the elevations of this plot.

In general, the picture acts as an iconography.