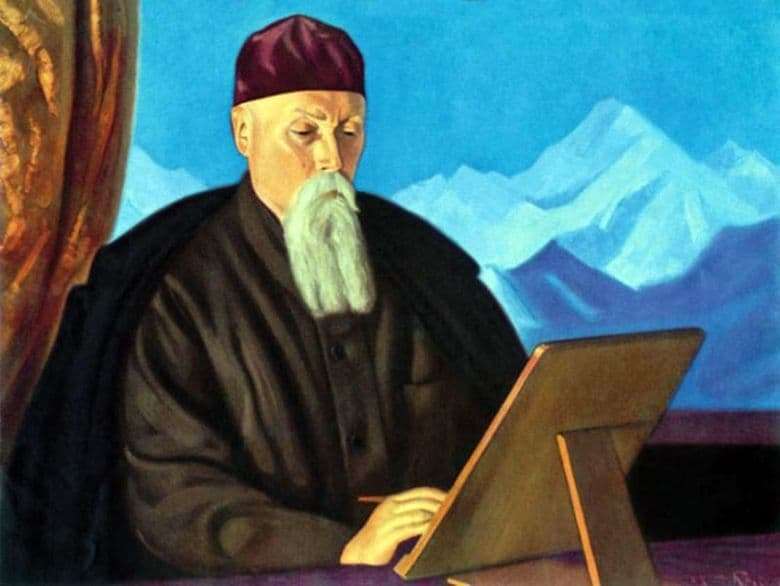 Nicholas Roerich is known in the world not only as a talented and original artist, but also as a major public figure. After the October Revolution of the seventeenth year, the artist emigrated, but he did not stop working abroad for the benefit of the Fatherland abroad. Being the son of a well-known notary, Nicholas first wanted to follow the legal path, but life made its own adjustments – classes in the studio of A. I. Kuindzhi and communication with famous artists gradually shifted the vector of interests of the young man towards pictorial art. The archaeological excavations that the future artist was fascinated with also gave a great impulse to Roerich’s talent as a painter. Throughout his life, he painted on his canvases a wonderful and somewhat fabulous world of Russian antiquity, singing traditional values.

Since 1905, along with the theme of Ancient Russia, Oriental motifs begin to be clearly traced in the artist’s work. Publishing an essay about India and Japan as a writer and journalist, Nikolai Konstantinovich writes a number of paintings dedicated to these countries. The artist begins to study Indian religion and philosophy. In 1923, he and his family went to India and have been living in this country since 1935. Perhaps this is the most fruitful period in the work of Roerich Sr. At that time, his painting style underwent great changes, being influenced by Tibetan painting. Many paintings are dedicated to Shambhala – the country of universal happiness from Tibetan legends.

On a self-portrait, Nikolai Konstantinovich portrayed himself in the image of a Tibetan sage, a bearded old man. Behind him are the peaks of the mountains, in which Chomolungma (Everest) is guessed, a sacred mountain for Tibetans. Perhaps the mythical Shambhala lies right behind the artist; perhaps it is at this moment that he creates one of his best works. The artist’s face is penetrating and calm, the eyes are on the canvas. Self-portrait in adulthood against the background of the peaks of Tibet is very symbolic for Nikolai Roerich and very accurately reflects the final period of his life.