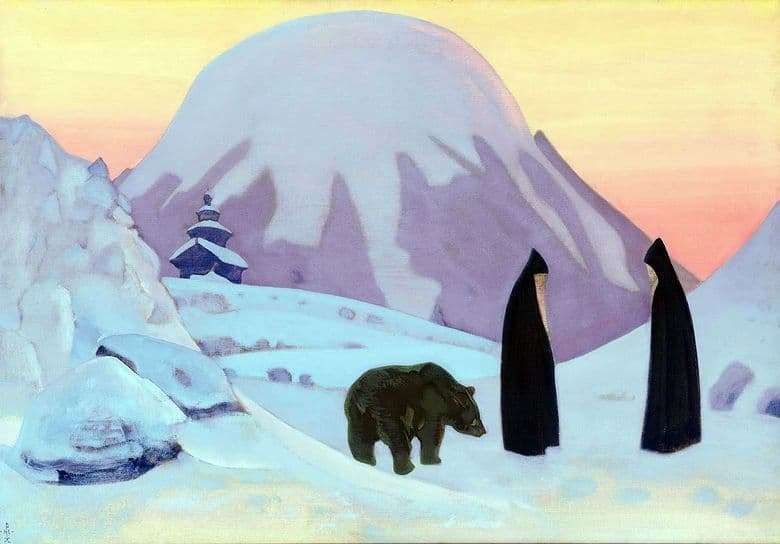 During his life, Nikolai Konstantinovich Roerich created more than 7,000 paintings. From an early age the boy was attracted by the rich cultural heritage of Russia, but at the same time he was interested in the culture of the East. After graduating from the gymnasium, Nikolai entered both the law faculty of the University and the Academy of Arts. Studying in parallel in two higher educational institutions was incredibly difficult, but Roerich coped with this dilemma. While still a high school student, he began to independently conduct archaeological excavations, and achieved great success in this matter.

As an artist, N. K. Roerich created many genre, historical paintings. All his canvases testify to a profound knowledge of historical material – Nikolai Konstantinovich took up work only when he was convinced that his knowledge of this or that area of ​​history would be enough to write a serious and historically

correct picture. Roerich believed that, sooner or later, art would unite humanity, and as a public figure, he would do everything to make this time come faster.

The painting “And we are not afraid” refers to the series “Sancta”, dedicated to the life of Russian religious ascetics. Laconic, clear, clear in color paintings were a real revelation in the artistic culture of the early twentieth century. Russian nature and old Russian architecture are recreated by a master with special skill.

On the canvas, the viewer can see two monks talking about something with enthusiasm. Both are dressed in black monastic robes, distinguished by dark spots against the majestic sunset sky. At the feet of the eldest of the monks quietly stands a young bear. This animal is a direct indication that the painting depicts St. Sergius. It was he, left alone in the middle of the forest thicket, lived in solitude for several years. At this time, Sergius tamed the bear, who used to come to the monk for food. To write this plot, Roerich used rather bright, but soft tones of a cold sublow shade. Such a scale helped him to achieve the perfect color rendering of a snow-covered plain and a distant mountain covered with snow.