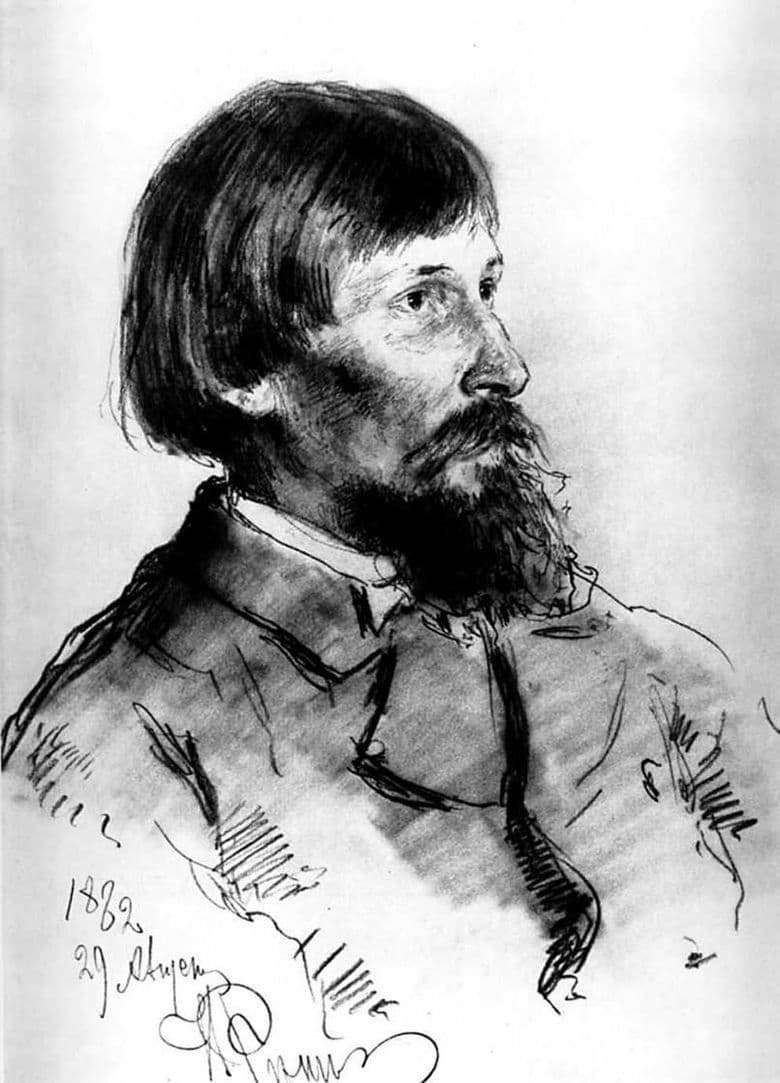 Repin left a great legacy as his excellent work. These include portraiture of the artist. Graphic sketches preserved quite a lot. Ilya Efremovich liked to sketch everything that attracted his attention.

Repin met Vasnetsov as an art academy student. Two comrades were the exact opposite of each other. Different in character and manner of drawing friends still kept in touch. Sociable and bright Repin was always interested in the personality of the humble, calm, young dreamer Vasnetsov.

Ilya Efimovich never idealized his characters, but very accurately and realistically conveyed all the characteristics characteristic of the model. The artist approached the painting of a painting with a high degree of objectivism. He did not convey his personal vision of the soy model, but conveyed with accuracy the whole essence of the human person. Repin had a unique opportunity to penetrate the depths of the human spirit, and also possessed excellent technical skills. The man depicted in the portrait speaks for itself. The portrait of Viktor Vasnetsov also has great psychological depth.

The graphic portrait was made using a combination of two manners of graphic drawing by Ilya Efimovich. The first manner in which the artist depicted a friend’s face consists of clear lines that reveal shapes and reflect light and shadow. Small hatching conveys the shape of the face, emotional expressiveness and relief. The artist masterly owns a graphic drawing technique, which was served by academic hardening. The shoulders and details of the clothes are drawn using the second technique – the vibration of the strokes, accompanied by elements of feathering and is more sketchy.