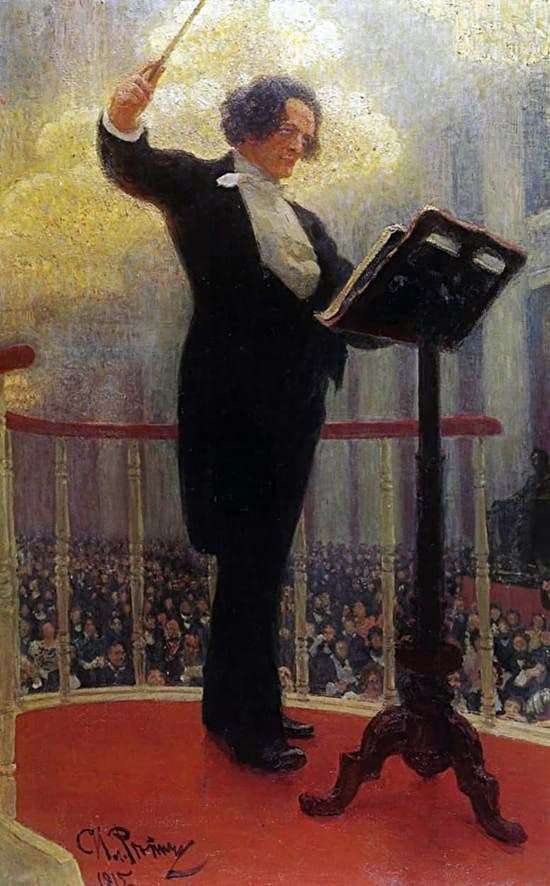 The painter Ilya Repin was known as a great music lover. He subtly felt the harmony of sounds, admired the musicians, and made close friendship with them.

Anton Rubinstein was among the comrades of the Russian artist from the music community. And Repin could not express his recognition of the talent of this pianist and conductor in any other way but to write his portrait.

I. E. Repin created as many as three canvases with a portrait of Rubinstein. The first two were written during the life of the great composer, and the last – the most significant in recognition of the author and admirers of his work – after the death of the musician.

Looking at the Samara Art Museum masterpiece canvas “Portrait of Rubinstein”, we understand how much work was done by the author. And it is true that six years since 1909, tireless work has been going on the canvas.

not enough workshops. Or the painter was overcome by nostalgia for the concerts of his deceased good friend. In any case, the result of creative diligence deserves the highest praise.

The portrait of the famous conductor is made in bright, pathetic tones and contrasts. He is depicted standing on a conductor’s balcony, whose floor is solemnly red, and the columns of the fence shine with a golden sheen.

The hall completely filled with people serves as a blurred background for the central figure of the composer. A man of mature age enthusiastically and swiftly waved the conductor’s pointer. His gaze is serious and hard, immersed in sounding music.

The orchestra itself is not visible, and indeed the music cannot be heard from the picture. But the virtuoso portrait painter Repin managed by artistic means to make the picture “play.” One feels the whirlwind of the solemn concert, its sublime atmosphere. Thanks to the light airy strokes taken from the impressionists, the picture sings and shimmers, sounds like eternal music.