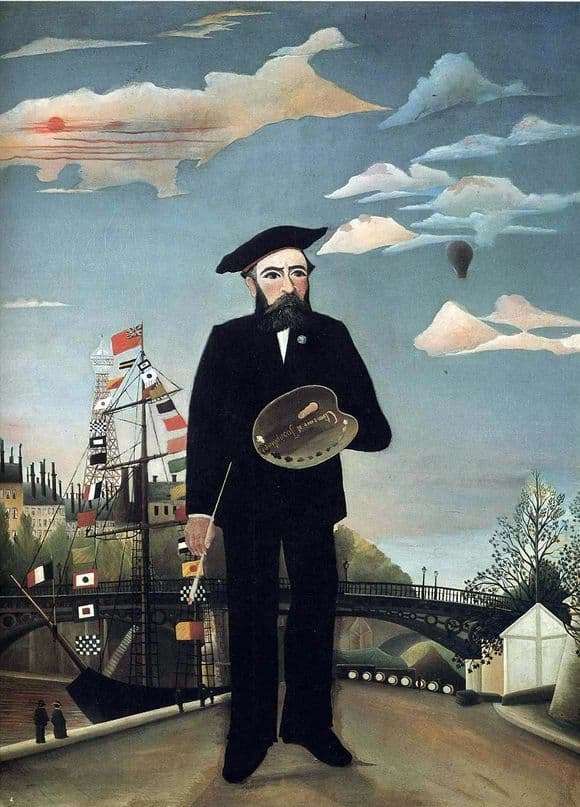 Rousseau was a primitive – he became an artist without additional training, simply because he felt an inner desire. He did not have a teacher who would show him the basics, and, trying, making mistakes, he discovered painting for himself, as a completely new science, like alchemy. Where others had long gone, without stumbling, he found new pits and fell on old potholes.

Passing his way alone, he came to post-impressionism, in which primitivism did not look like an ugly assault on art (a primitivist-realist would have looked that way), but as a logical development of the thought contained in it.

After all, post-impressionism clung not to a momentary sensation and not to the fullest possible reflection of reality, but to search for the basis of being, the only answer to all questions. As mathematicians were looking for the only formula of the universe that would explain everything, so the post-impressionists were looking for such a combination of movements and colors. Trying all styles, mixing them and sharing back, they did not see anything wrong with primitivism.

Self portrait of Rousseau is different from the portraits of his great predecessors. Those sought to portray themselves in as much detail as possible, so that the descendants would not forget their appearance, but Rousseau portrayed himself almost satirically, as if kindly making fun of himself. After all, officially, he was not an artist, but was a customs official, and he is depicted as such – in the port, at the arriving steamer, decorated with colored flags.

Behind him, the bridge, a lonely man meets the ship, the sky is all in the clouds and a lone airship flies over it. The sun hid, sends straight scarlet rays of glare, the city is visible in the distance, and Rousseau stands in the middle of everything, wearing a dark suit, and holds a palette and a brush in his hands – like a symbol of his dream, which he made for himself real-life.