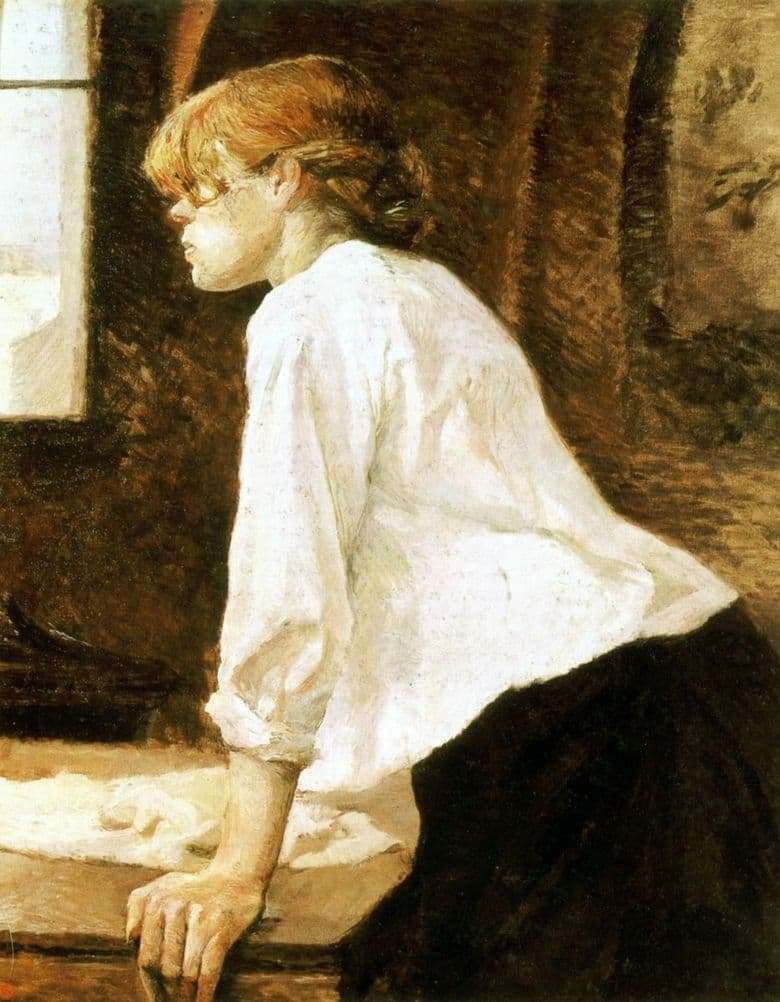 It is believed that the model for the painting “Laundress” Henri de Toulouse-Lautrec met on a street in Paris. The young artist often preferred models from among dancers and girls of easy virtue. But this case was special. Red Mademoiselle was extremely modest and pleasant to talk to. According to art historians, Susanne Valadon, the daughter of a simple Parisian laundress, posed for Toulouse-Lautrec. Occupational injury forced to abandon her career as a circus actress.

The author was not worried about the physiological characteristics of the female body, but about the transfer of the psychological state of a person. On the canvas, the viewer sees the profile of a young woman. Under loose clothing, convenient for heavy physical labor, a slim back and hips are guessed. The laundress had a minute to stretch her back and look out the window. Or maybe she was attracted by the cries from the street. The canvas is dominated by brown and Seurat tones, symbolizing the hard life and the atmosphere of everyday life. Attractive bright red hair is lit and seems to hint at the cheerful disposition of their owner.

The author addresses the deep social problems of the society of the French capital, and of the whole of Europe. Is it possible to meet a noble lady in a narrow cobbled street? Unlikely. Routine and unrevealed potential imprint even on the young inhabitants of Paris.

They say the artist’s father did not like the painting “Laundress”. He found it primitive, but immediately noted the ability of Henri to transfer the mental state of the characters. Subsequently, this painting by Toulouse-Lautrec was one of the most expensive among his works.