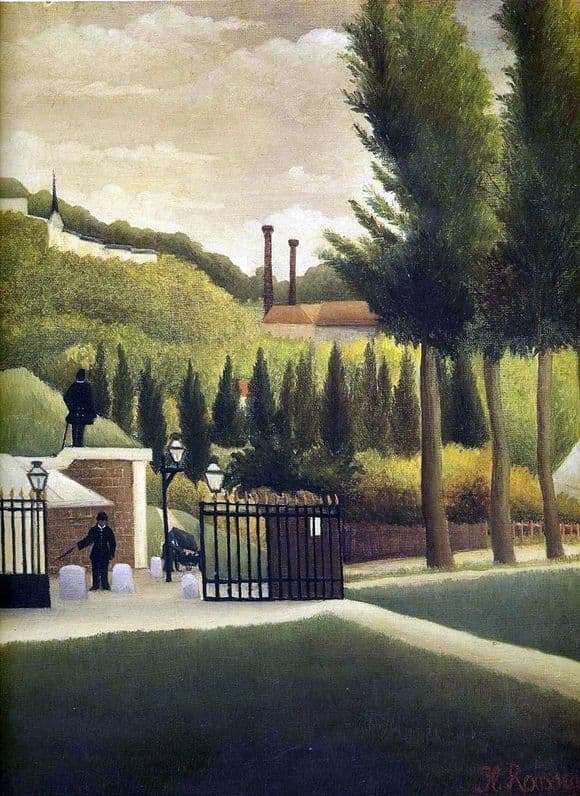 For the specific style of drawing Rousseau was nicknamed the amateur, although his paintings were admired by Picasso and his entourage. The reason for such unflattering reviews was the manner of Rousseau writing his pictures.

The artist perceived the world completely at ease. This ease of it did not find a reciprocal understanding in the views of critics, for whom the paintings of Rousseau were too naive. Completely rejecting strict academic rules, the master freed both his own consciousness and his own work.

Such ease is also present in the painting “Customs. Here the artist depicted his place of work. After all, as you know, Rousseau worked as a customs officer, which also greatly surprised bohemia and the viewer.

The picture is characterized by the intensity of light and the clear outlines of the shapes of the depicted objects. These characteristics have become a landmark for all the works of Rousseau. The artist very carefully studied the fine details of the picture, for which he was accused of even greater naivety.

The canvas “Customs” is different from the impressionists of the time: Rousseau chooses two main colors and uses all sorts of shades. In the picture there is a predominance of green and black. Natural colors make the picture realistic. But portraying an ordinary day from a succession of the same working days, Rousseau was able to achieve the effect of alienation. As if everything that happens does not concern himself or the viewer. It resembles a view into a parallel universe, where everything looks the same, but it is not the same.

The canvas is full of confidence with which the artist put smears, and knowledge of the matter. Rousseau knew exactly what he portrays: a huge world where man coexists with nature as part of it.

The author’s confidence was caused by constrained means, because of which he had to immediately paint with oil paints without preliminary sketches of coal. That in turn allowed Rousseau to boldly portray what he saw, creating a new work on canvas.