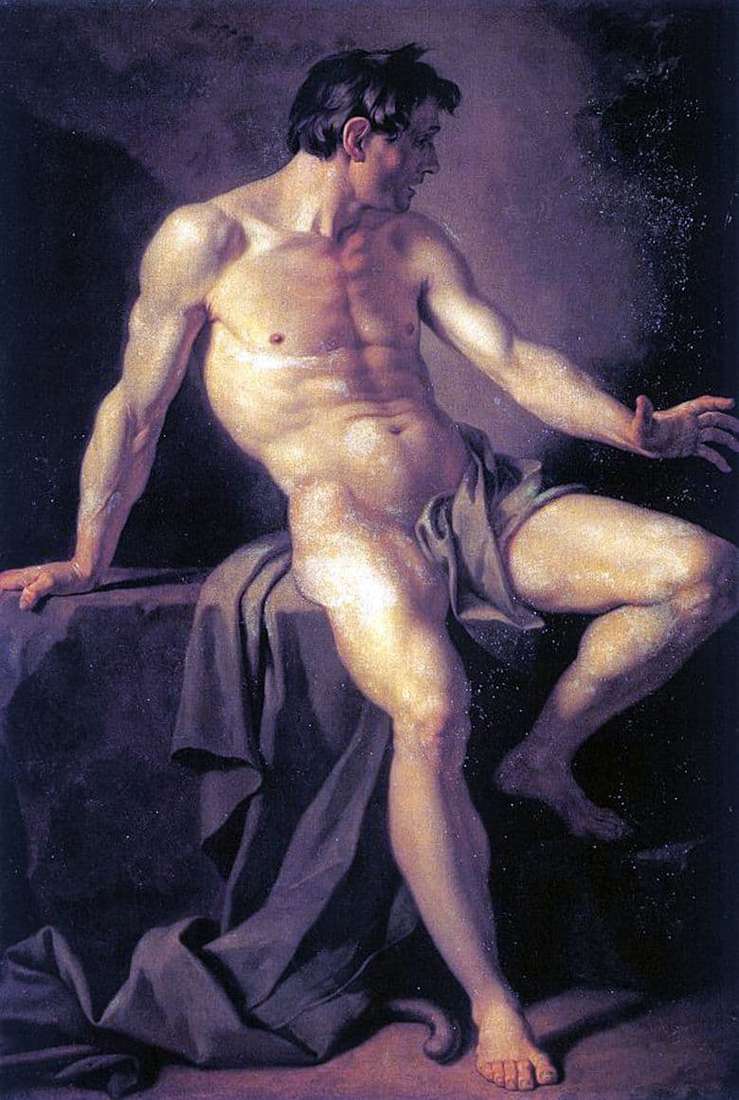 The picture is the thematic part of a large canvas “Cain and Abel”.

The author lived in Europe for many years, learning the skills of brilliant artists, honing every stroke, every movement of the brush. His paintings admire the accuracy of detail, an unsurpassed ability to competently manage the space of the canvas, the exact distribution of light.

Interestingly, the author himself did not title his work.

The space of the picture is perfectly organized. Obviously, the author is not difficult to create a feeling of deep space on the plane of the canvas, harmoniously distribute color shades, tonal transitions of the figure of his character.

The viewer sees in front

of him a man sitting on a stone. The nude figure is expertly draped with the folds of fabric – the man seemed to be sitting on a stone, backing away from something terrible for himself. The torso is traced in detail – every relief muscle is visible, every fold on the body. The man is greatly alarmed – he intensely peers into the space outside the canvas, seeing something terrible there. The hand is raised in a protective gesture – it seems that the character wants to defend himself from something.

No wonder the picture was later called “Cain” – so the figure and its embodiment corresponded to the image of the first killer on earth.

The faces are not completely visible – it seems as though the character has deliberately turned away from the audience, he purposely seeks to hide his feelings and emotions from someone else’s gaze. His face is not accidentally immersed in the shadow of the author – Cain hides from all his dark soul, full of envy to his brother. At the feet of the villain – a stick, which served as a murder weapon.

The picture made a genuine sensation in society, struck contemporaries with an unprecedented level of skill