Home⇒
👍Matveyev Andrey ⇒
Description of the painting by Andrei Matveyev “Portrait of I. A. Golitsyn” 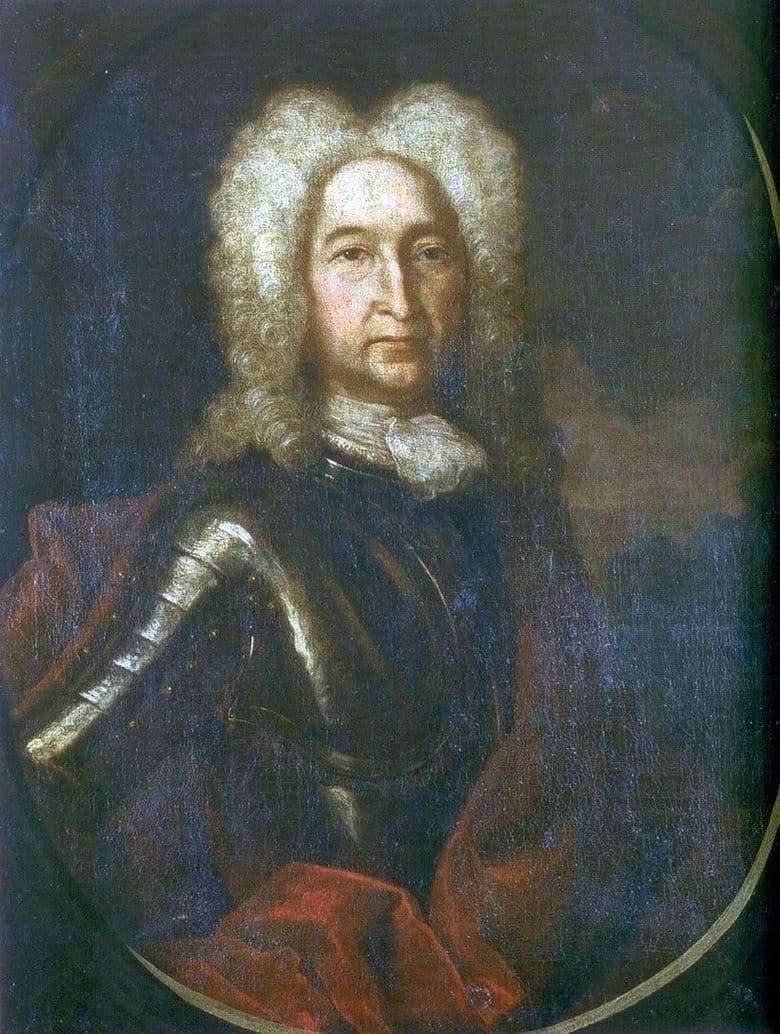 Andrei Matveyev – one of the first Russian artists who received education in the field of art in Western Europe, where he as a member of a group of other students was sent on the initiative of Peter the Great. After 11 years of study in the Netherlands, Matveyev returned to Russia, where he was to become a famous court painter. The long absence has led to the fact that he had neither patrons nor good acquaintances in Russia. In the first year, immediately after his arrival, he was almost left without a means of livelihood, but the young artist was rescued by the order he received for writing portraits of the princes Golitsyn.

The ceremonial portrait of Prince Ivan Alekseevich was made by Matveyev completely in the traditions of contemporary Western European art, in compliance with the strict rules adopted. The quiet and frail seventy-year-old prince in the picture is represented as a slender knight in a majestic pose, in darkened shiny armor. Golitsyn has a wig on his head, and his neck is covered with a white scarf. At the same time, in the look of the prince, in his facial features can be traced the timidity and weakness of the soul. The same duality distinguishes the portrait of his spouse, Anastasia Petrovna Golitsyna, a woman close and weak, but deeply unhappy in life.

Writing portraits of the Golitsyn couple in 1728 marked the beginning of a painter’s career, having served to raise their author to widespread fame. Modern scholars of fine art consider Matveev one of the greatest artists of the eighteenth century, mentioning him among the founders of Russian portrait painting.