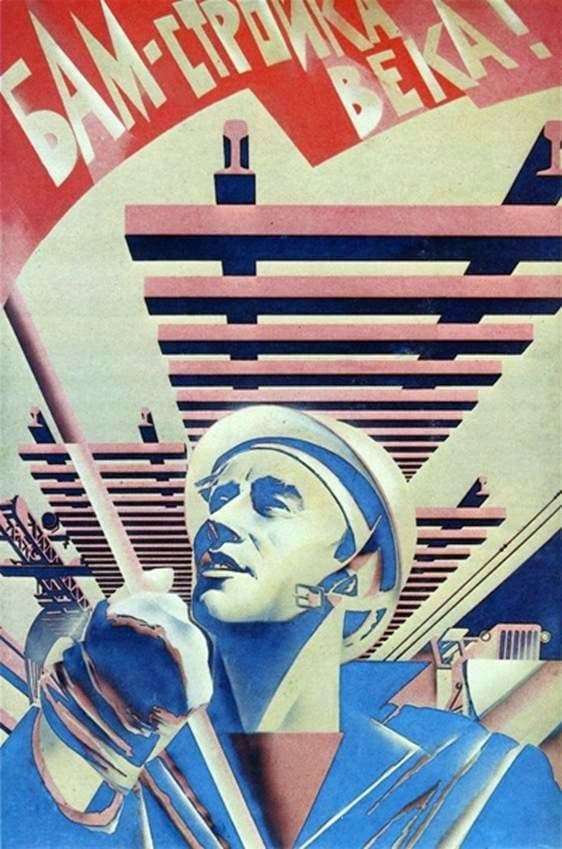 The Soviet poster owes its development not only to the ideological orders of the party. He always vividly and promptly responded to the most diverse landmark events in the life of society.

In the early years of the new state, which arose on the ruins of the fallen Russian Empire, the works of the founders of the Soviet poster art were saturated with revolutionary sentiments and called for the speedy world proletarian revolution.

During the Great Patriotic War, the poster had the role of rallying all Soviet people before the Hitlerite threat, inspiring them to an immortal feat in the name of the freedom of future generations and giving all soldiers the strength to fight the brown plague that swept the entire European continent. In the postwar years, the main characters of Soviet posters became the most ordinary people – workers, collective farmers, laborers, teachers, doctors, firefighters, policemen. However, the country lacked a new challenge, which once served as the aggression of Nazi Germany.

The Soviet Union needed something that could once again rally the population of all fifteen Union republics. This event was the construction of the Baikal-Amur Mainline – a grand railway track in its scale. However, it was easy to announce such construction. It was much more difficult to lure the ordinary people of the country to him. Here the poster came to the rescue. The masters of this case vied with steel the work dedicated to the project.

Perhaps the most famous of them was the campaign leaflet with the winged name “BAM – building of the century!” That became a bit later. It depicts a typical worker in the typical Suprematist style against the background of a railway bed under construction. It would seem that there is nothing special in this image, but it was he who remained in the memory of a whole generation as a symbol of the legendary “construction of the century”.