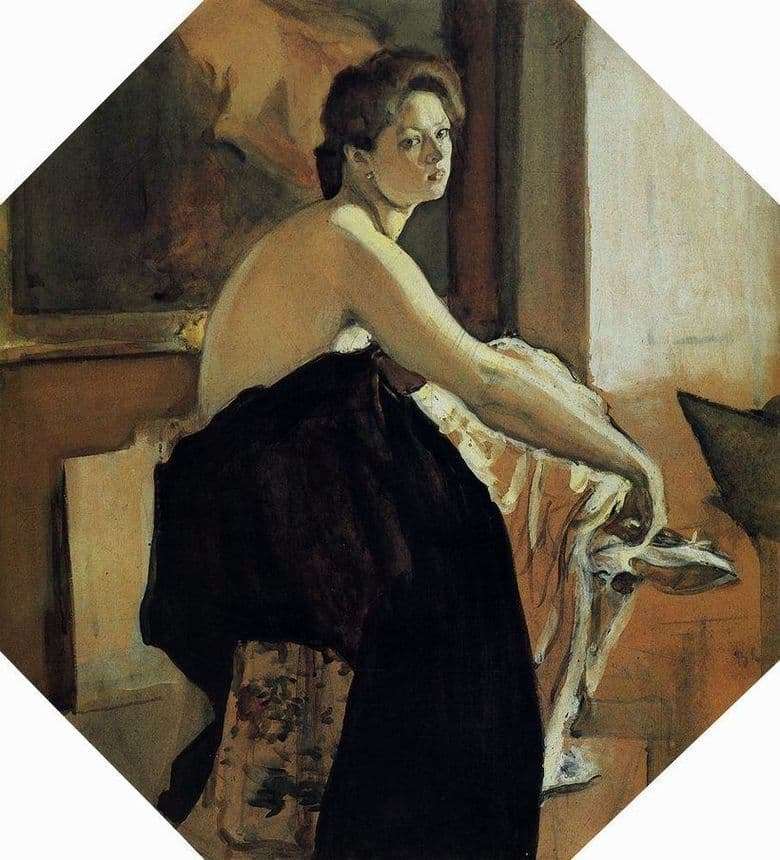 Serov Valentin is known more as a graphic artist, portrait painter. In 1905, he painted the “Model” about which more and more speculation goes around every year – who is depicted in the painting?

Valentin Alexandrovich understood the role that the female nature plays in painting, the female image. There are opinions that the picture depicts Vera Ivanovna Kalashnikova. Who she was was not known for certain. We only know that Vera Kalashnikova was his favorite model, which is depicted in several paintings.

The picture is made in a frame with eight corners, most of the sheet free from paint. Serov can only afford to draw what interests him. The technique of drawing in oil does not allow such liberties – an empty canvas will fall out of the overall picture. In the depicted model we see how Serov managed to convey human dignity, the nobility of the girl.

Valentin Aleksandrovich Serov lived a short life, he died at the age of forty-six. His creative life was about thirty years. The artist himself perceived his portraitist talent as a curse. He lived modestly, did not want to gain popularity, was not seen in the publication of high-profile manifestos. All the works of the great artist boldly occupied a niche in the stages of development of Russian realism.

Thanks to the gift of Valentin Alexandrovich to absorb the achievements of all the artists who were before him, as well as the heritage of the artists of the new generation, we can enjoy his works that are housed in the galleries of the Russian Federation.