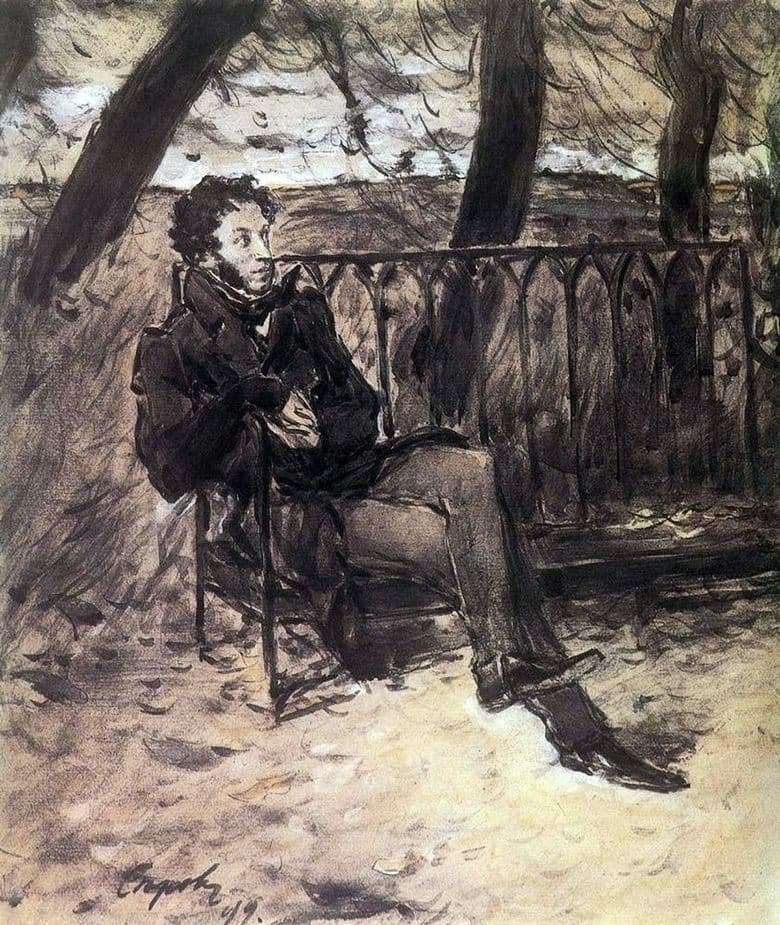 Valentin Aleksandrovich Serov Russian painter. His work is quite versatile. One of his painting genres is a portrait. In the period 1890-1900, the artist creates a series of paintings in watercolor. During this period, he increasingly engaged in portrait painting and executes orders. Serov wrote portraits of artists, artists, writers. These models have become a favorite in the work of Valentin Alexandrovich.

Serov refuses to use bright colors in his work and increasingly uses gray-black-brown tones. Among such works there is a portrait of Alexander Sergeyevich Pushkin, whose work he was very attracted to. He depicted many illustrations of the poet’s work. Serov with great interest studies the life of the poet, his work. This inspires him to write a portrait of Pushkin.

Valentin Aleksandrovich accurately conveys all the features of the person being portrayed, all his inner essence, emotions. To this end, the artist always resorted to studying the personality of his model, and then proceeded to paint a portrait. The portrait of Alexander Sergeevich was painted in 1899.

In the portrait the artist depicted an impressive image of the poet, conveyed his creative state. Pushkin, sitting on a park bench, looks at the distance inspiredly. With the impression captured image of late autumn. Monochrome gamma, emphasizes the mood of the picture, and wide free strokes acutely convey the features of nature.

As for this portrait, the debate about where this portrait is painted and where this bench is located, which depicts the poet, has not yet subsided. Some experts believe that the picture was painted in Domotkanovsky house. Presumably it was there that there was such a bench and she stood on the balcony, and to create a portrait she was taken into the garden.