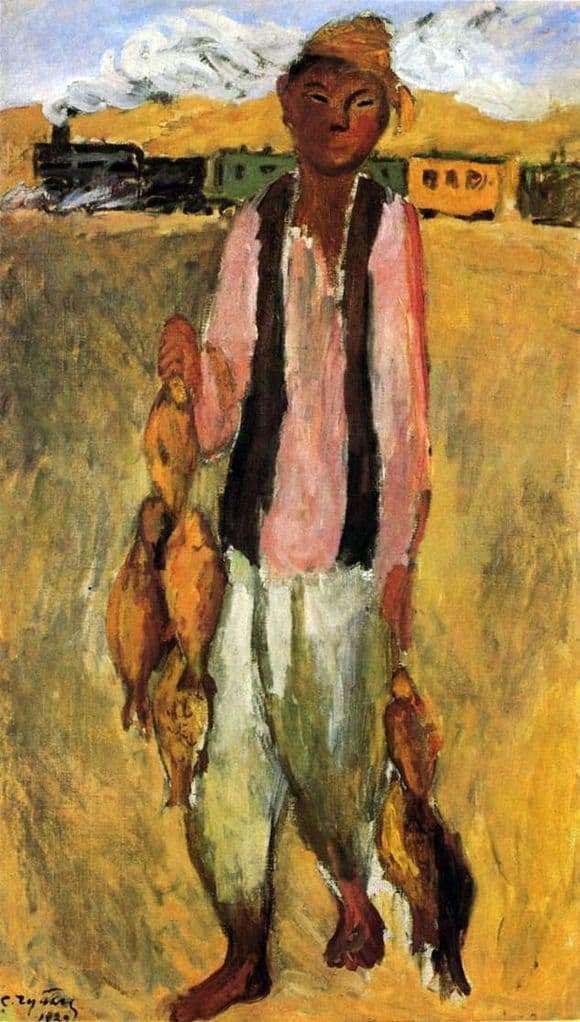 Chuikov depicted Kyrgyz pastures and villages. The heroes of his paintings were simple shepherds, children, and impressive women with dark skin. The painter depicted native places.

In each of his creations Chuikov sought to maximize the specific nature of the nature of Kyrgyzstan. He was interested in a special peculiarity of life.

The artist paid maximum attention to the ordinary life of ordinary people. But at the same time he did not become an ordinary byte-writer. His interest is not shown in the minute details of a domestic character. Chuikov is worried about the atmosphere of a poetic nature, which arises with the constant contact of man and nature. These manifestations are noticeable in the behavior, lifestyle and a certain character of each person.

His characters amaze with their proud posture and incredible smoothness of movements. They are natural for the majestic nature, on the background of which the artist usually depicts them.

On the canvases of the artist no action. His heroes usually just contemplate the world around them. The painter likes early morning or late evening.

In this picture we see a hunter. He managed to shoot the game, which he holds in his hands. Chuikov depicts him in a simple shirt and linen trousers. Bare feet say that man is poor. He has to work even with the scorching sun.

On his tanned face you can read some hopelessness. He has to earn a living in order to somehow make ends meet. In this hunter, Chuikov manages to convey some characteristic features of the modern Kyrgyz life.

The predominant tone of the picture is yellowish-green. It fills the entire canvas with light. Color has always been for the artist a special means of expression. With it, he conveys a special space, builds a certain shape and creates a special atmosphere in an emotional sense.