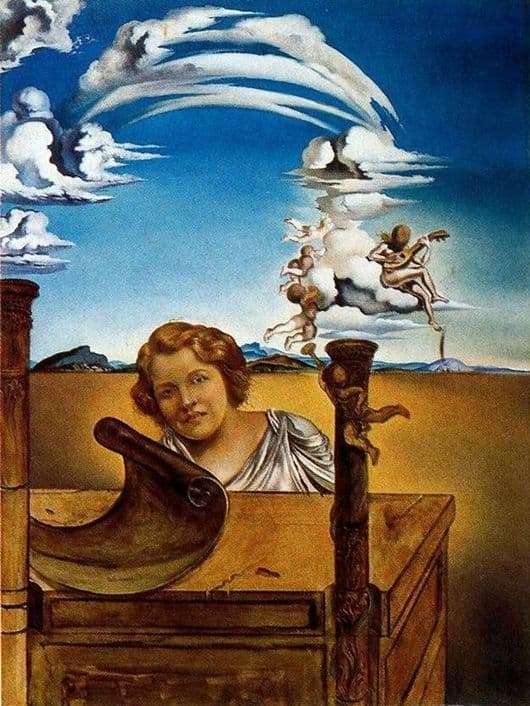 Salvador Dali was a genius (perhaps a little crazy, but this is generally characteristic of geniuses who are ahead of their time) – even those whose heart doesn’t find a response agree with this.

After all, these pictures, even more than any other art, must be understood in the heart, in the center of the soul, which hurts, pulls, knocks and beats. After all, even realizing with the brain that the artist had in mind this, he sought this and generally protested against the Second World War and discrimination, say, blacks, it would not be possible to fall in love with pictures. They need to feel. Feel the freedom beating in them – they are endless, despite the fact that they are limited by the narrow space of the canvas.

So “Melancholia” is full of desert, which stretches from edge to edge. The mountains on the horizon do not limit it, on the contrary, as if they help to grow, to expand. Clouds twisting into strange shapes widen the sky. Faceless cupid angels are hooligans, one of them playing the lyre. The table, with carved posts like a bedside, looks almost ridiculous in the desert, and violates all the laws of human perception. A man with an empty face looks away boring and silent.

The whole picture responds in the soul – melancholy, the wind in the desert, the chime of the strings on the lute – but does not respond in the brain, because the brain does not feel it, for that is the heart.

Only the heart will feel the all-consuming emptiness of the desert. Only the heart rushes to the mountains, to the exit from melancholia, to other places and other people. Only the heart can sympathize with the person, with wavy hair and madman’s eyes, leaning over the table.

Only the heart will respond to the sounds of the lute – “go to the mountains,” they say. Or, on the contrary, “stay, listen again, dissolve in the wind.” For each in their speech – his, and in the emptiness of the desert hidden clues, answers to all questions.