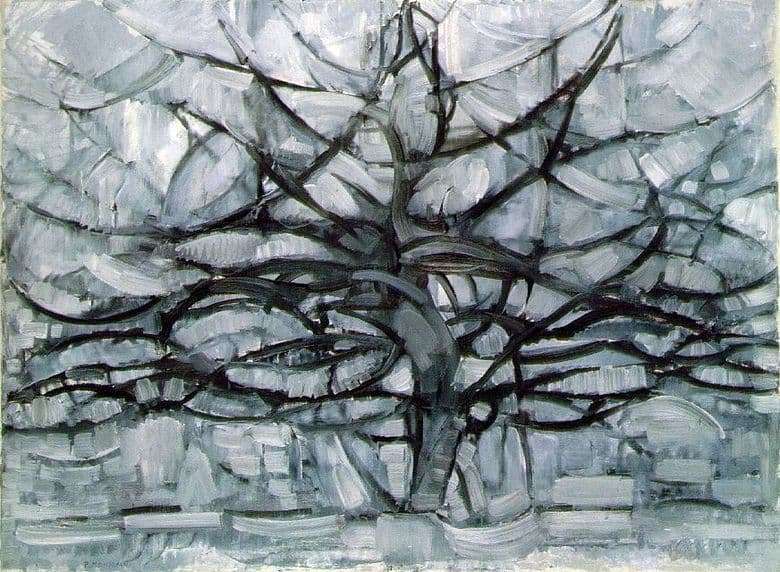 In his early works, he gradually chooses naturalistic painting, and inspired by works by artists such as Vincent Van Gogh or Edvard Munch, his paintings radically change from naturalism closer to expressionism.

In 1911, he was sent to Paris, where he would follow the Cuban movement, although he would soon realize that this movement could not react to his art. It is at this moment, starting from a naturalistic point of view, that he begins to abstract from the forms until his works become almost unrecognizable, for example, his work The Gray Tree of 1912.

The artist returned to Holland in 1914, and because of the First World War he could not return to Paris and there continues to work on simplifying the forms until they are reduced to vertical and horizontal black lines.

Behind this simplification of forms will be their theosophical beliefs, attaching great importance to geometry, in which the vertical will be the masculine principle, and the horizontal will be the feminine.

Since 1917, he has been experimenting with color and square, rectangular shapes, so little by little he is perfecting his technique. After several experiments, the original symmetry will be replaced by asymmetry by introducing rectangles of different sizes and reducing the color to three primary (blue, red and yellow) and three non-colored (white, black and gray). Theosophy will be demonstrated over the use of primary colors in the work. The image of the object was turned into a mixture of curved and straight lines, where more than a description of the tree, Mondrian makes a graphic reflection of its reality.