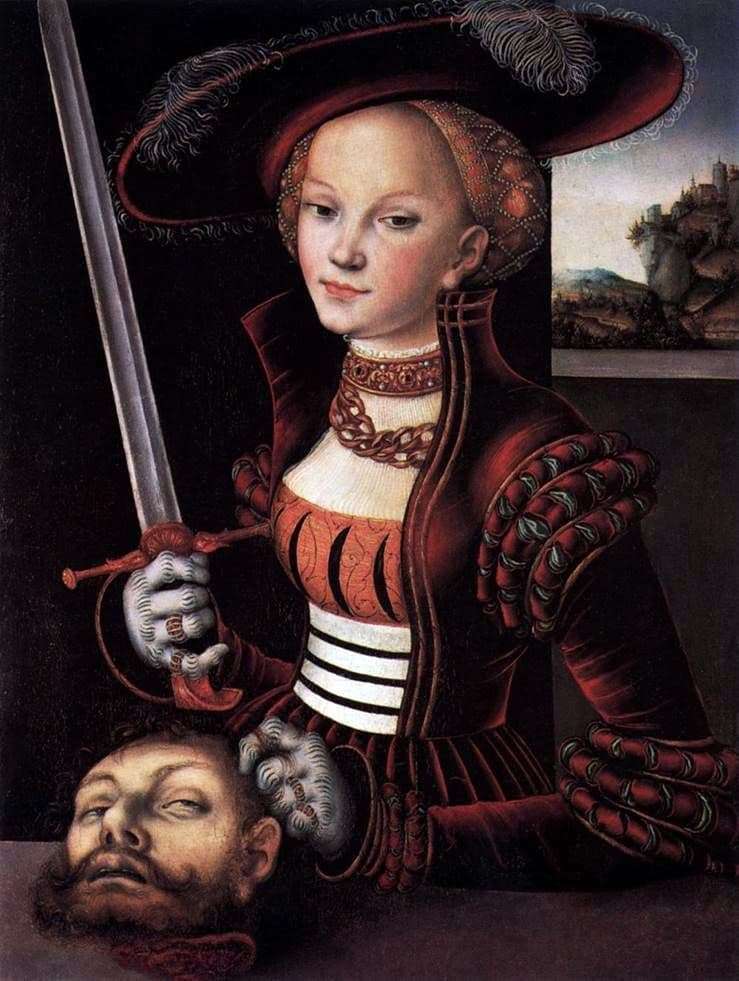 A painter and graphic artist, master of genre sketches and compositions on biblical themes. This artist was able to synthesize in his work artistic installations of the Renaissance and Gothic traditions. In his works he developed an elegant style where figures and landscape harmoniously combined into a single whole. Working in the heat of the portrait, he did not try to idealize the poses. However, deep psychological research also did not attract the master.

The plot for the film was taken from the legend of a Jewish woman who saved her city from enemies, depriving them of their leader. With cunning she entered the enemy camp and waited for the moment when Holofern was drunk. Cutting off his head, Judith brought her into the city and hung out on the wall. Demoralized by the death of the commander, the enemies retreated from the walls of the city.

In the center of the composition “Judith with the head of Holofernes”, is the figure of a woman. A dark burgundy dress and hat unexpectedly combined with plate gloves. The sword in her hand does not look like a weapon, but as a symbol. A symbol of freedom and retribution. The head of the defeated enemy lies on the table, as an already unnecessary part of the scenery. The calm, almost inanimate face of a woman leads her to the side. No celebration, no regret, just a slight fatigue in his eyes. The static character of the figure is inherent in the painting of that time, but in the painting this static character underlines an already accomplished fact.

Many artists were attracted by the plot of the heroic act of Judith. It was created a large number of paintings at different times and in a variety of styles. But Kronach created exactly the picture – the symbol.