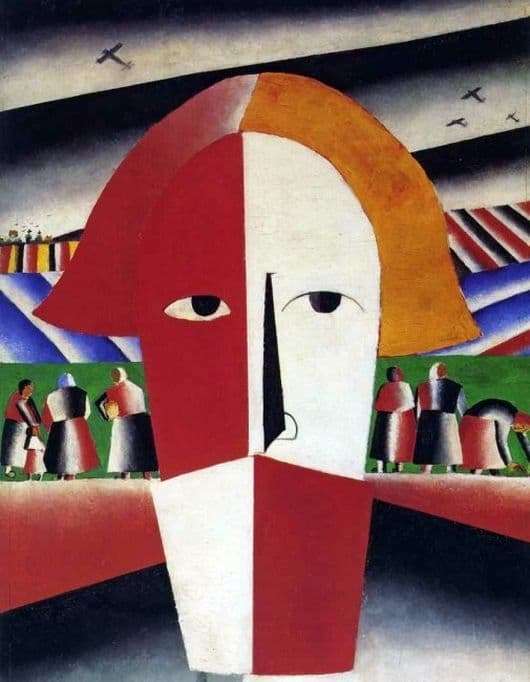 The liveliness of the Genius – the most mysterious artist of the present and the mystifier by nature, allowed him to reach an artistic peak, that experts in the field of art still cannot understand where the truth is, but where is the fiction and rumor in his biography. But it does not matter.

As a child, he already loved painting in his teens, and after that he entered art school. After her graduation, the family moved to Kursk, where the young man was already trying to find himself working in the public service, however, after a while he left this activity for the sake of dedicating his life to painting.

Casimir developed plots and themes using alogism and very clever realism. As a tool for the destruction of classical art, he used the irrationality of images. His paintings are built on the shocking merging of various lumpy elements, which they form into a single composition, filled with a peculiar semantic load,

the usual interpretation of paintings that degrades with its incomprehensibility.

“The head of a peasant” is a sketch for Malevich’s grand work “The Peasant’s Funeral”, which has not been found to date. It is either lost or destroyed by someone.

In this picture, the artist, who began writing in the supranaturalistic genre, had a horizon, as the author himself said. All space has gained volume and now you can guess where the fields are, and where the people working on them are.

This picture takes on genuine meaning through the eyes, because the other forms surreal resemble a person. The exterior is rectangular and looks like a checkerboard in multicolored divisions into several parts. The nose is present on one side only. But if you look at the whole picture, you can see a tired peasant on the background of the field and rural work. It can also be noted that this work reflects a peculiar tradition of Russian icon painting.