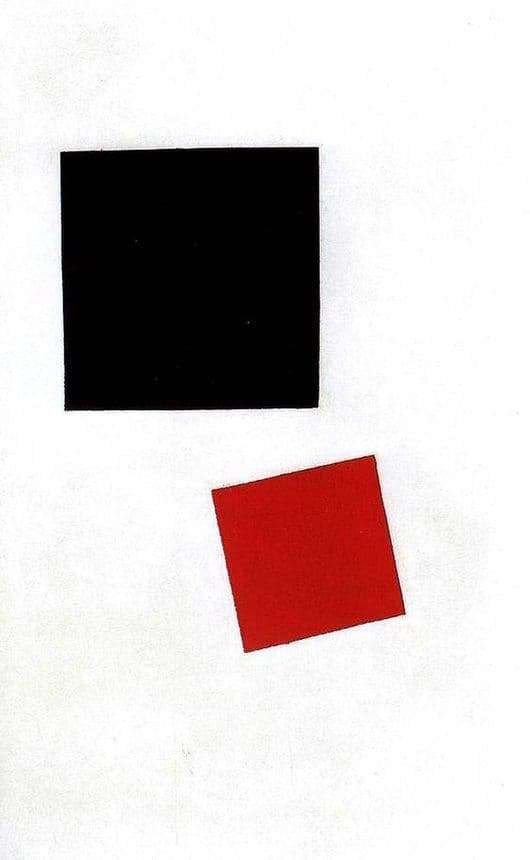 Malevich’s “Black Square” is a sensational picture, which is still being tried and interpreted. Someone does not understand at all that this is so, why it is an art in general, someone is foaming at the mouth for his convictions. They say that the black square is the end of everything, what the development of art will lead to, and that Malevich simply depicted the end, bypassing the intermediate stages.

They say that the black square is feeling, fear and longing, and the white wall around it is emptiness, which symbolizes the loneliness of anyone who feels, and that one feeling cannot be truly divided. But where two squares are combined at once – black and red, we are talking about something else. Not the end of time, but something much closer.

Black square is the desire for change, for life to become different, for the fear and longing that exist now to be replaced by something

Red square – blood and longing. What led to the desire to change what acted and so, many dead, wounded, milled by cruel wheels of fate. It symbolizes despair and pain, fear and horror about the deed. If a black square is a fear of what is now, then a red square is a fear of what was done and for what it was done. The fact that it is slightly crooked relative to the black square, rotated horizontally, shows even better that the changes have taken place, albeit at a terrible price.

The whiteness around is loneliness and emptiness, accompanying any fear, shading any feeling, turning everyone into an island separate from others.

Although, of course, it can be considered just that the black square was a success for people suffering from the search for deep meaning, but the Red Square and the Black Square were written just on the wave of this success.