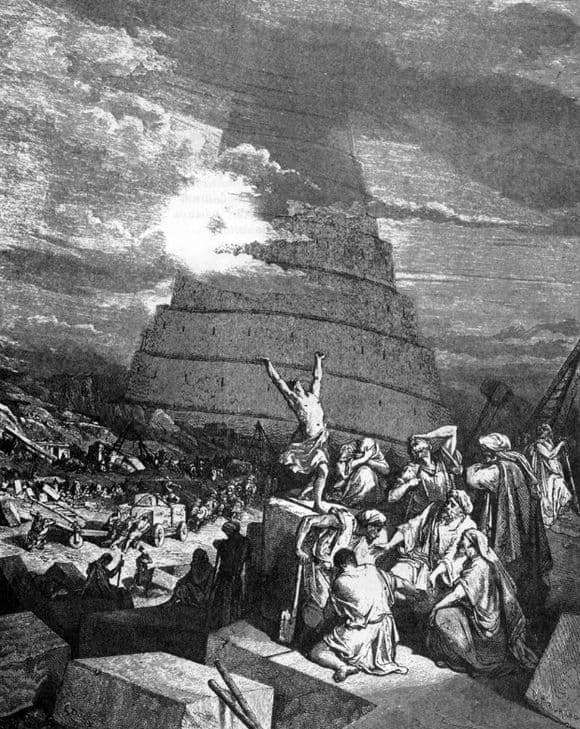 French engraver and painter Gustave Dore left a rich artistic heritage on the theme of religion. Several hundred illustrations were created by him in the subjects of the bible. His unique drawings reflected bible stories from the Old and New Testaments. He did not confine himself to these two important spiritual books, and added illustrations to Apocrypha.

The Dora Bible is an exquisite black and white engraving. In the 19th century these numerous illustrations were created. Although initially the works were met with criticism, but still they are actively used in print for the artistic accompaniment of biblical texts. The drawings are distinguished by their excellent detailed execution and skillful play with light. They are amazed at the number of unique characters, the masterful writing of nature and architecture.

What is more remarkable religious prints Dore? The characteristic church image of frescoes and mosaics for several centuries wore a somewhat caricature look. In the eyes of believers, these images looked far from reality, therefore they could serve as a barrier to the birth of a deep faith. French artist works in the style of realism. His divine characters are endowed with human traits.

The engraver is sometimes very likely to describe the most incredible events of centuries ago.

The completed illustrations by Dore were useful first for printing in the European countries in the Bible in different languages. Later, a similar book was published in the northern and southern American continent.

The plots on biblical events were written by many masters, but it was Gustave Dore who was among the most prominent. Despite the absence of a classical art education, this fact did not prevent the talent of the painter from showing up. His “Bible” has stood the test of time despite the doubts of critics in the competence of the author.